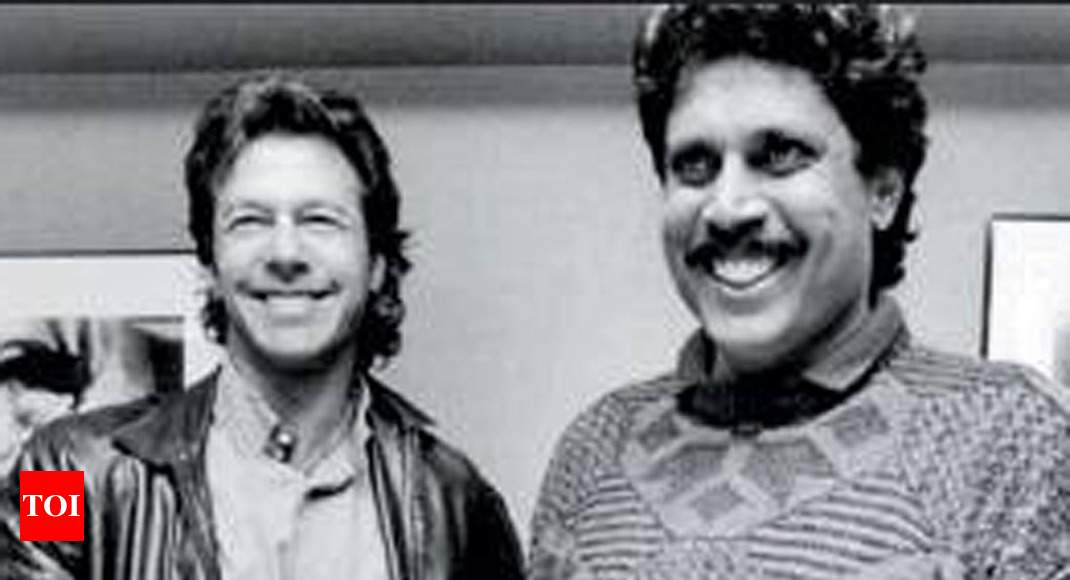 “I’m very happy for him. I hope he manages Pakistan the way he managed the cricket team as captain,” Kapil, like Imran a World Cup-winning captain, told TOI on Thursday. “From the very beginning, Imran worked hard for his success, and it’s because of this ability to work hard consistently that he is at the peak of his political career,” Kapil said.

Many ardent fans in the subcontinent wish for regular cricket ties between India and Pakistan. Kapil, who himself favours more cricket between the neighbours, feels there are bigger issues to be sorted out first. “I think country is more important than cricket. Let’s hope India and Imran’s government can sort out bigger issues and bring peace to the region. I think cricket will happen,” Kapil said. “Both countries are going through a rough time.He should focus on bringing in more harmony between the two countries,” he added.

About Imran the cricketer and captain, Kapil recalled him as a very positive cricketer who managed the Pakistani team with the utmost ease. “Handling the Pakistan team wasn’t an easy job but Imran did it brilliantly. He was a tough captain and that is the reason Pakistan did well. I hope he will do a good job as PM as well.”

“Imran was very tough on the field but very gentle off it. That is what is expected when you are competing at the highest level,” he added.

When asked if he followed Imran’s political career, Kapil said, “Not really. He is a politician now and politicians are politicians. He was straightforward as a cricketer. We have to see how he functions as head of government,” Kapil said.