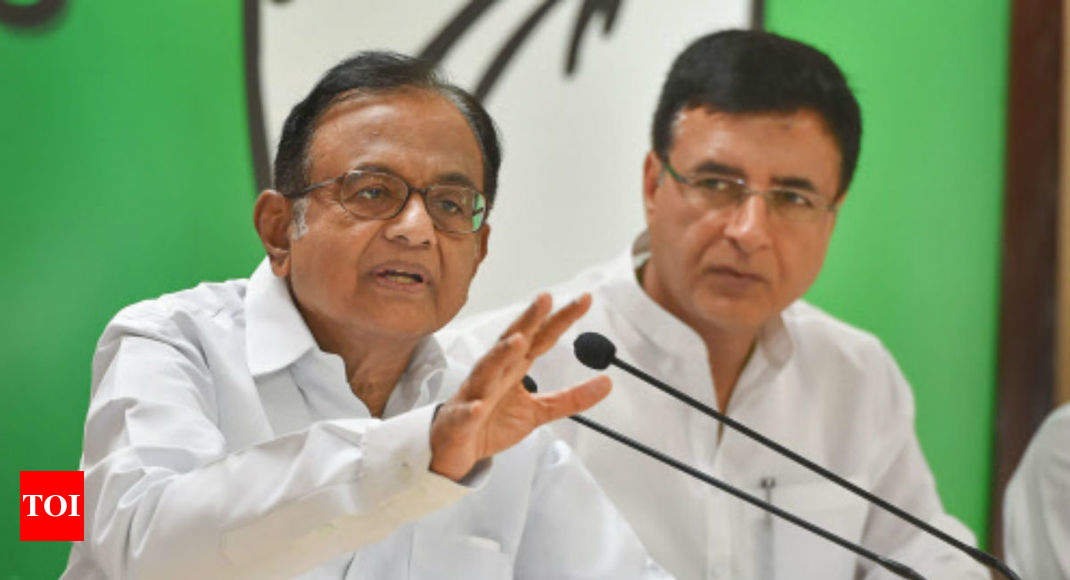 NEW DELHI: The Congress on Wednesday welcomed the Supreme Court’s verdict on the power tussle between the Delhi government and the Centre and hoped that better sense would prevail on both sides and delivery of services to the people would begin in the “right earnest”.
The Congress hoped that the verdict would put an end to the ego clash between Prime Minister Narendra Modi and chief minister Arvind Kejriwal.

“Thumping victory for representative democracy. I welcome SC judgement in the Delhi government versus LG case….The SC judgment contains important lessons for Puducherry as well,” he said on Twitter.

Congress chief spokesperson Randeep Surjewala said, “No elected government in garb of a conflict with the Centre should resort to non-governance as has been happening in Delhi.”

He said the truth is that the “egoistical battle” between the prime minister on one side and the Delhi chief minister on the other side would end.

“We welcome the decision of the Supreme Court and sincerely hope that better sense will prevail on both sides and even though belated the task of governance and delivery of services to people of Delhi will begin in right earnest,” he said.

Surjewala said when Sheila Dikshit was chief minister in Delhi for 15 years, the Congress government displayed how public welfare was above personal welfare.

He said the then Congress government also dealt with various parties and proved how opposition parties would not prove a deterrent to the growth story and a state government and the central government, despite being of different parties, can carry forward one ‘agenda of governance’.

“While we laud and welcome the Supreme Court verdict, the truth is that unnecessary creating hurdles in governance, be it any party’s government, is wrong,” Surjewala said.

“We hope that at least after the Supreme Court verdict now that things have been made clear then a party will stop making excuses for not doing governance and another party will stop creating hurdles,” Surjewala said.

Chidambaram also asked why the Lieutenant Governor, with a fine track record, allowed himself to be “misdirected in law” by his political masters.

“Whoever in the central government was responsible for triggering the legal battle should own responsibility, but nobody will,” he said, adding that as a Home minister he had worked with former LG Tejinder Khanna and Dikshit and there was no controversy or confrontation.

“The present controversy was manufactured by the BJP and the central government. Now, happily resolved by the Constitutional Court,” Chidambaram said.

Delhi Congress chief Ajay Maken also hailed the verdict saying it has put an end to all possibilities of a “blame game” between the BJP and the AAP and the two parties should now ensure that the development of the national capital, which was “stalled” for years, started again.

“There is no scope of for any blame game. Delhi gave seven seats to the BJP in the Lok Sabha elections and 67 out of 70 seats to the AAP in the Assembly polls. Both of them in the last four years have destroyed the development carried out by the Congress government while engaging in blame-game,” Maken said.

“Since the apex court has clarified about the powers in Delhi, we hope that the development, which has been stalled ever since the Congress, was voted out of power over four years ago, will start again,” he said.

Maken said the LG and chief minister Arvind Kejriwal should stop the “blame game” now and develop Delhi as the Congress did during its 15-year rule.

“The Kejriwal government and the Lt Governor of Delhi had been kicking around Delhiites like a football. They should stop it now,” he said at a press conference.

The Supreme Court on Wednesday handed a major victory to Delhi’s AAP government in its bitter power tussle with the Centre by ruling that the Lieutenant Governor (LG) has no independent power to take decisions and is bound by the elected government’s advice.

The landmark judgement by a five-judge constitution bench headed by Chief Justice Dipak Misra laid down broad parameters for the governance of the national capital, which has witnessed the power struggle between the Centre and Delhi government since the AAP formed government in 2014.