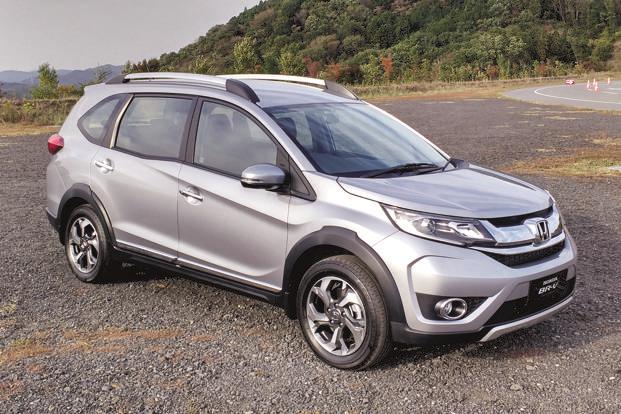 Honda HR-V, or the Vezel, will add to Honda’s SUV arsenal in India, joining the WR-V, BR-V (in photo) and CR-V models.

New Delhi: Honda Motor Co. Ltd plans to introduce the Vezel sport-utility vehicle (SUV) in India by the end of 2019, as it steps up efforts to exploit this fast-growing segment, said two people directly aware of the matter on condition of anonymity. The Japanese company has also revived a plan to build up to five new vehicles, including two SUVs, on its GSP platform on which the Amaze compact sedan is based, the people mentioned above told Mint. Honda has started a feasibility study along with vendors at its Japan HQ for the Vezel, they said.

A senior executive at Honda Cars India Ltd confirmed that the automaker is evaluating a potential launch of the Vezel in the country but declined to elaborate. The Vezel is also referred to as the HR-V model by the automaker.

Honda doesn’t “have any offering in that space that can compete with Creta. So this decision makes sense”, one of the persons mentioned above said, referring to Hyundai Motor Co.’s Creta, one of India’s top-selling SUV models. “Some of the suppliers in Japan have also been informed about this decision as well,” the person said.

The Vezel will add to Honda’s SUV arsenal in India, joining the compact SUV WR-V, and the BR-V and CR-V models.

“HR-V/Vezel is a very successful model in our global line-up. As a continuous business process, we are evaluating its business potential in India but have not made any decision yet,” Rajesh Goel, senior vice-president and director for marketing and sales at Honda Cars India, said in an emailed response to queries from Mint.

New models will help Honda bolster its SUV sales in India. The company has not been able to make a strong impact despite launching two SUV models in the past about three years. Honda’s SUV sales fell 28% to 133,63 units during April to July 2018, lagging a 13% rise in industry sales to 313,968 SUVs.

Honda is also readying a new hatchback, a full-size SUV and a compact SUV or a crossover for launch in India, the people said.

About two years ago, the firm dropped plans to use the GSP platform to build products beyond the Amaze but has since revived the strategy.

“Most of the companies are trying to make product planning with a common platform since this helps in cost rationalization,” the second person mentioned above said. “Honda has not made any official announcements as such but the new product planning is already on its way,” he said.

Honda has lost marketshare in small car and sedan segments to others such as Suzuki Motor Corp. and Hyundai.

To accelerate sales, the firm will next month launch a refreshed version of its CR-V SUV and will also reintroduce the Civic sedan in India.

“Though Honda is a late entrant in this compact SUV segment, we feel this customer centric approach to focus on SUV segment will definitely help them in grabbing more market share in India market,” said Puneet Gupta, associate director, South Asia vehicle sales forecasting, IHS Markit. “We feel multiple products from Honda on same platform and especially in SUV segment will help them give a cut throat competition in the market as Honda still enjoys a strong brand equity in the Indian market,” Gupta said.