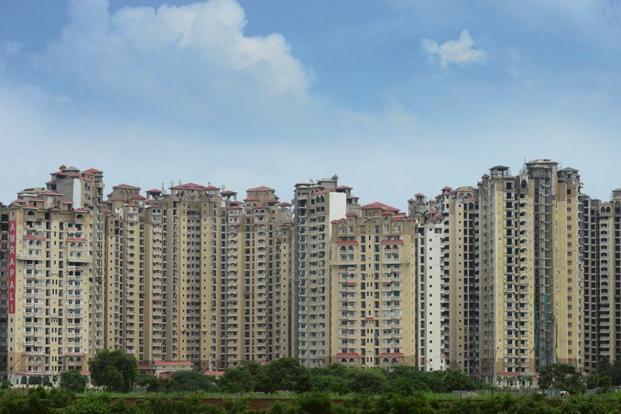 Mumbai Metropolitan Region (MMR) is right behind NCR in terms of the number of delayed units. Photo: Ramesh Pathania/Mint

One of the main reasons why there is a lull in the real estate industry is delayed projects—the experience of several homebuyers in terms of long delays and bad quality of construction discouraged buyers, old and new, from investing in this sector. However, developers do not seem to have realised the damage delayed projects can do to their businesses, and are still not sticking to their construction deadlines.

According to a report by PropEquity, a Gurgaon-based real estate data, research and analytics firm, “Over 4.65 lakh units of housing projects across India are significantly behind their delivery deadlines with daunting construction delays.” It was expected that the Real Estate Regulation Development (RERA) Act, 2016 will improve the way real estate sector was functioning, but even after over two years of its enactment, there’s hardly any change on the ground. We tell you why project delays are still a concern.

The total value of projects facing construction delays is ₹3.3 trillion or above $47 billion, according to the PropEquity report.

The situation is worse in metro cities as compared to smaller ones. The National Capital Region (NCR), which was earlier an investment hot spot, is witnessing the worst situation. “Nearly 1.80 lakh units valued at ₹1.22 trillion are facing an uncertain future in the NCR region (Gurgaon, Noida, Greater Noida, Ghaziabad, Faridabad),” stated the report. What makes the situation more severe is that most of the units in delayed projects are already sold out. In NCR, over 70% of under-construction projects are fully sold out but not delivered even after the completion deadline, said the report.

Mumbai Metropolitan Region (MMR) is right behind NCR in terms of the number of delayed units. It has 1.05 lakh units worth ₹1.12 trillion pending completion.

“Projects are on hold for a variety of reasons including financial constraints, execution challenges, surplus supply due to over-ambitious launches by developers, environmental clearances and slowing sales, among others,” stated the report.

In the last three-four years, project launches have come down drastically—these came down to less than 10% from the number when launches were at their peak. “Most of the projects which are running behind schedule were launched in 2013-14 or earlier,” said Samantak Das, chief economist and national director – research, Knight Frank India. “Many developers of delayed projects are facing a situation of cash crunch because of financial indiscipline and diversion of funds. They are now facing problems in executing the projects they have launched,” added Das.

What is making the situation more terrible is that the source of funds has dried up or funds are available at a high rate and that too only to select developers. “Private equity firms are sceptical about investment in residential real estate, as they don’t see any upside. Non-banking financial companies (NBFCs) are the only source of funds for developers at present, they too are very selective and cautious before lending money,” said Das. 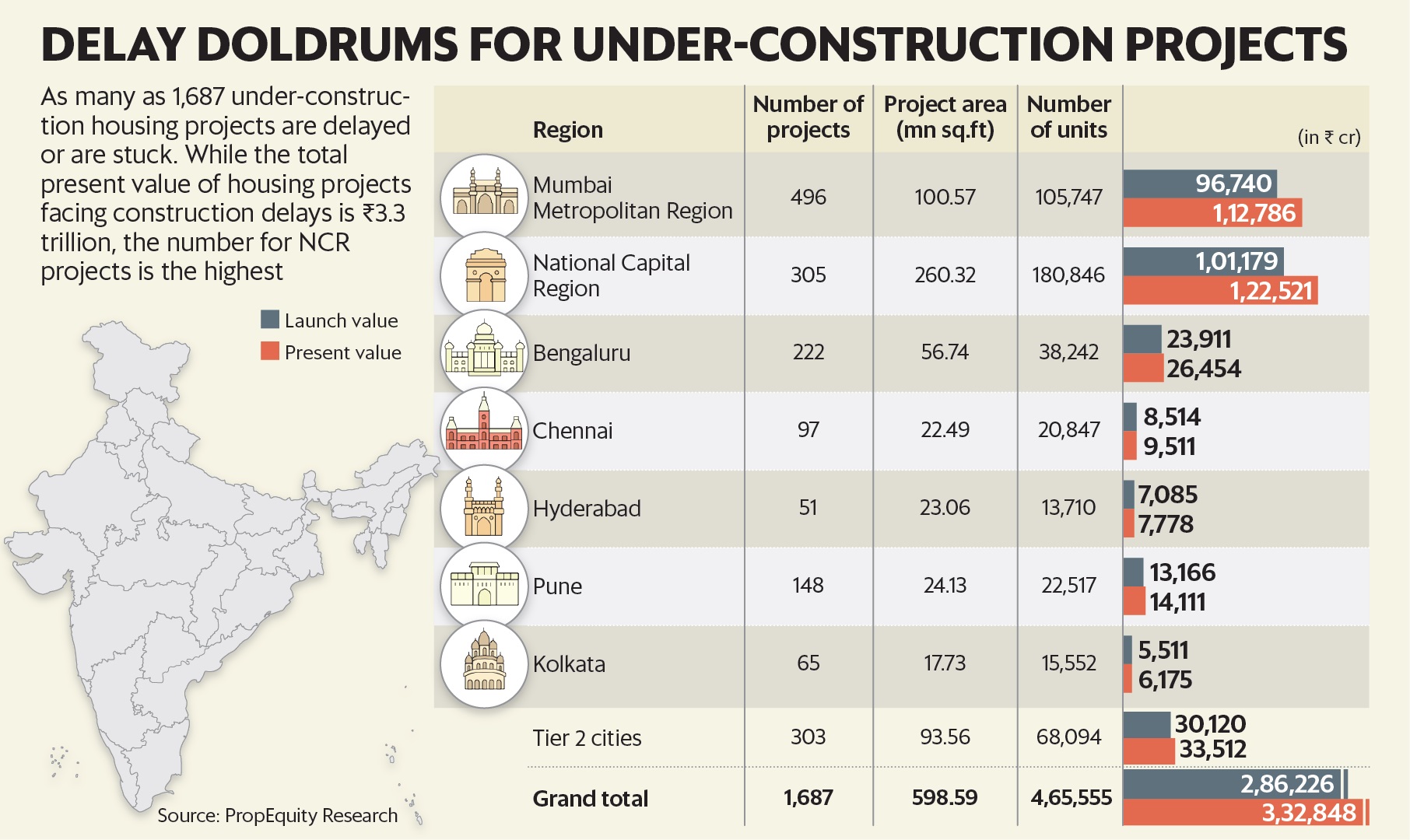 What you should do

Property prices have remained either stagnant or declined marginally in most locations across the country over the last 3-4 years. According to a half-yearly report released by Knight Frank for the first half of 2018, “During the last four years, the growth in residential prices in most of the top eight cities of India has been below retail inflation growth and the gap has progressively increased since H1 2016. Weighted average prices have fallen by an average of 3% across cities with Mumbai seeing maximum decline at 9% year-on-year compared to H1 2017.

That’s not the case for end-users. For people looking to buy a house to live in, it could be a good time to look for deals and offers. Developers are ready to negotiate on the price. “Homebuyers can get fantastic deals across the country. Even in Mumbai, developers are keen to sell and are offering good deals,” said Das.

Although the markets are facing significant execution delays of projects, we expect reputed developers to perform well– Samir Jasuja, Founder and MD, PropEquity

What they should stay away from, however, are under-construction projects, especially those that are running way behind their schedules. “One should not believe everything that a real estate agent or developer’s executive says, and instead check the status and progress of construction of a particular project on the RERA website. There are a few developers who are serious about completing the projects and that can be found from the progress report submitted to the authority. Under-construction projects launched after RERA was enacted are relatively safer options,” said Das.

Samir Jasuja, founder and managing director of PropEquity said, “Although the markets are facing significant execution delays, we expect reputed developers to perform well. We also anticipate that the resolution to this difficult scenario will occur in the form of consolidation that will be led by the larger and more capable developers who have the construction and execution capability to meet their promises.”

There is no upside or returns that can be expected from residential real estate for the next 4-5 years… but buyers can get good deals – Samantak Das, Chief economist and national director-research, Knight Frank India

But besides a few states like Maharashtra and Uttar Pradesh, most states still don’t have a fully functional website in place for homebuyers to verify information related to developers and projects. Homebuyers in these states should do proper due diligence about the developer and project before buying a home.

It also makes sense to contact homebuyers who have already invested in the project where you are planning to book the apartment.