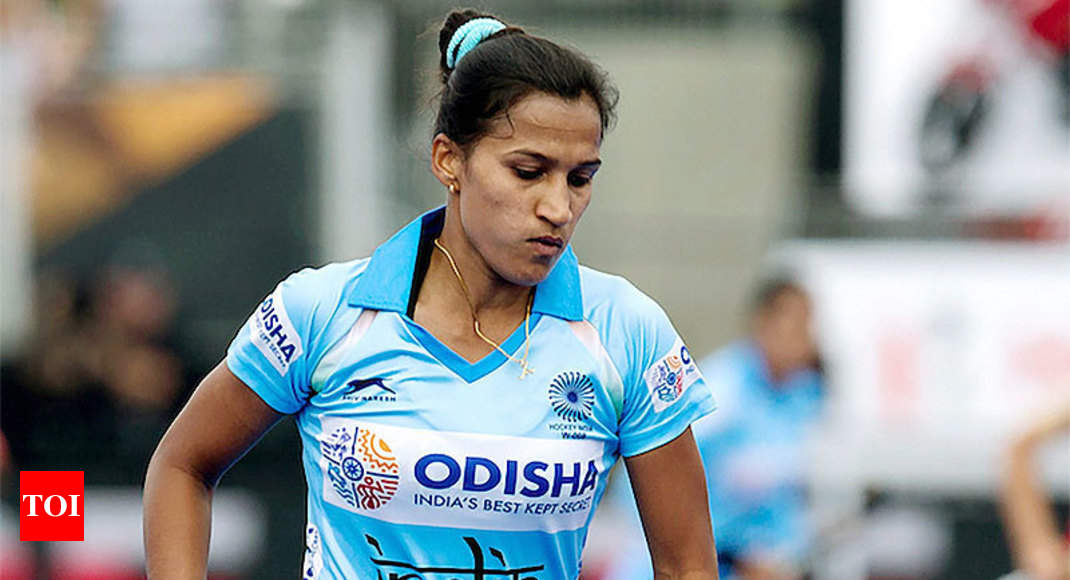 NEW DELHI: When it comes to a World Cup, rankings don’t matter. Ireland, the second lowest-ranked team in the FIH Women’s World Cup at No. 16, proved all forecasts wrong beating USA (7th) 3-1. The Irish girls are smiling at top of Pool B, in which No. 10 India too created some ripples by holding England (2nd) 1-1. If those are any indicators, the India-Ireland game on Thursday will be anything but a mismatch.

India’s draw against the hosts in their campaign opener invited contrasting analyses. Some considered the result a point lost by India, while some felt the team were lucky to share the honours.

It will remain debatable if India held England or it was the other way round. The Indian defence led by goalkeeper Savita played its heart out against nine penalty corners and relentless circle entries. And luck did play some role there. But India remained in lead until the 54th minute. On that note, the visitors will feel they could have held nerves better and won.

However, that’s past now.

India’s focus is now on the video replays from Ireland’s win over the Americans. Coach Sjoerd Marijne has taken notes, with a keyword: ‘execution’.

“For me, it’s about execution,” the Dutchman said talking to TOI.com. “I prefer to go (only) ten times in the circle and have three goals instead of 34 times and maybe just one goal,” he said pointing at England’s futile attacks.

Talking about execution, while India’s defence stood like a rock, the midfield often left open areas for England to move through from both the flanks. India will need to tighten there, for its the midfielders that keep the team’s heart beating – by blocking moves and making play.

While India did create chances up front, they were ferociously outnumbered compared to English attacks. But Neha Goyal must be credited for staying awake to the opportunity when it came calling. It was her goal that put England under pressure, until Lily Owsley found the equaliser.

“It’s not about circle entries in the match. The match is decided by how many goals a team scores,” he said.

Exactly. Had India’s midfield been more organised and forwards in regular business, the penalty-corner count may not have been 0:9 in England’s favour and would have given Gurjit Kaur the opportunity to flex muscles with her dragflicks.

Marijne and senior members like Savita, captain Rani Rampal, Deepika, Namita Toppo and Sunita Lakra have enough experience to know where they could have done better. It’s a question of executing those simulation drills in match situation and the result will take care of itself.

Marijne’s reading of Ireland suggested that he expects another close game, which India must win for a direct qualification to quarterfinals as pool-toppers. Teams finishing second and third will play crossover matches for a place in the last-eight.

“I think Ireland is a well-organised team with a lot of discipline. They put a lot of energy in the match (against USA),” the Indian coach said.

But Marijne chose to keep his tactical cards hidden.

“For us it’s important to keep playing our own game. I can’t tell the way we are going to play Ireland. (But) It’s about our improvement from the match against England. It’s important for us to keep all areas (of mistakes) really small.”