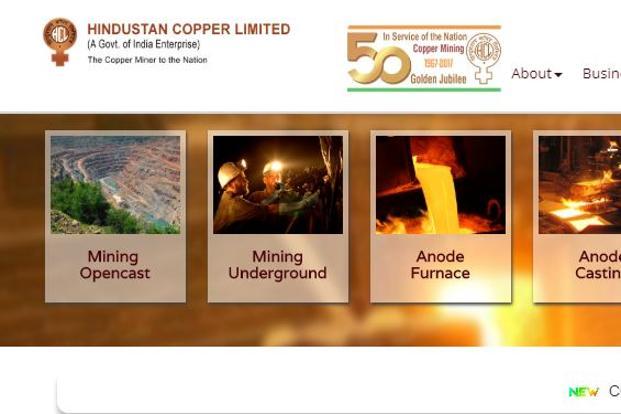 The company earlier this month had also announced its plans to spend ₹5,500 crore to expand its production capacity by six times from 3.6 million tonne per annum (mtpa) at present to 20 mtpa by FY24.

“We aim to achieve a turnover of Rs 10,000 crore by FY24 through capacity expansion,” Hindustan Copper chairman and managing director Santosh Sharma told reporters in Mumbai.

Of the ₹5,500 crore planned capex, around 50% will be funded through internal accruals, ₹1,200 crore through equity and the remaining through debt over a period of six years, according to Sharma.

Hindustan Copper at present meets 4% of the country’s copper requirement, and Sharma said the ₹300-crore Gujarat copper project will soon become operational and add 50,000 tpa capacity by March next year.

Earlier this month, the government approved a fresh equity issue of 15% by HCL to fund capex plan.

Consequently, government’s shareholding in HCL will come down from 76.05% to 66.13%. Commenting on mines expansion plan, Sharma said, the company has reopened two mines in Jharkhand and Rajasthan and is looking to open more mines in near future, which will provide direct employment to 9,300 people.

“The company’s mine expansion will further gain momentum as major tenders for mine construction and production is expected to be floated soon,” he added.

Meanwhile, Hindustan Copper posted around three-fold rise in profit at ₹35.21 crore for June quarter. Its net sales stood at ₹397.69 crore, while the EBDITA margin was at 29%.