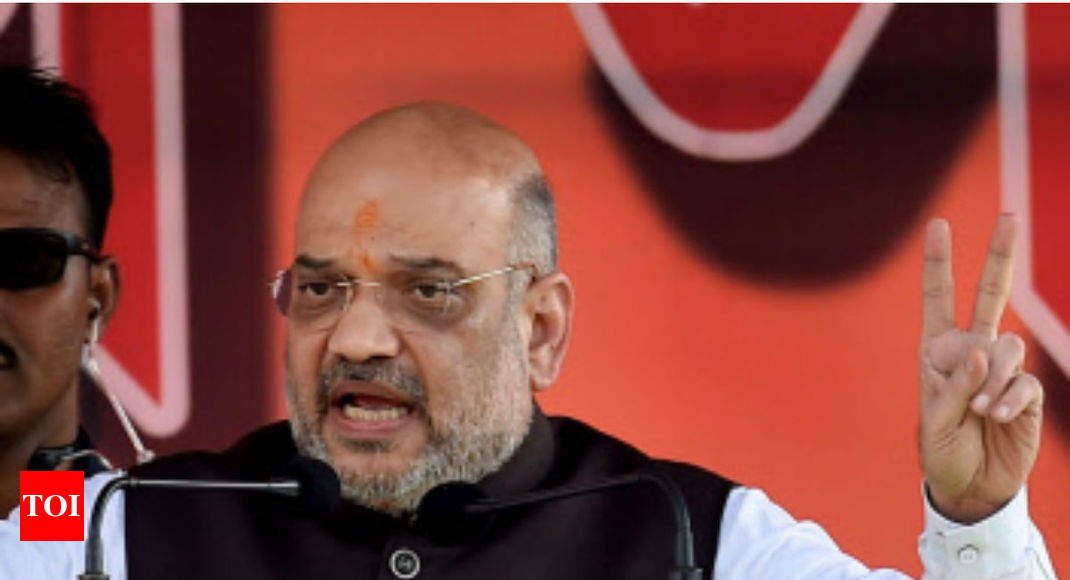 MIRZAPUR: BJP chief Amit Shah on Wednesday hailed the Centre’s decision to increase the minimum support price of kharif crop as “historical”, stating that the move would benefit the farming community in a major way.

“I want to thank Prime Minister Narendra Modi and his cabinet colleagues…this is a big decision in the interest of farmers…this will resolve many problems faced by farmers,” he told reporters here after visiting ‘Maa Vindhvasini’ shrine.

“Through this historical decision, the government has fulfilled the 70-year-old demand of farmers…there is a possibility of up to 50 per cent hike in some of the crops,” he said.

Shah stressed that the Modi government has been coming up with various farmer-friendly policy decisions ever since it came to power.

A case in point, he said, black marketing of urea was checked by introducing neem-coated urea.

“There is no dearth of urea anywhere in the country now…Pradhan Mantri Fasal Yojna, Pradhan Mantri Sichai Yojna were brought,” the BJP leader said, citing the various schemes brought out for farmers.

The Cabinet Committee on Economic Affairs (CCEA) at its meeting today approved the MSP of 14 Kharif (summer-sown) crops for the 2018-19 season.

The decision, taken by the Union Cabinet headed by Prime Minister Narendra Modi, comes less than a year before next general election.