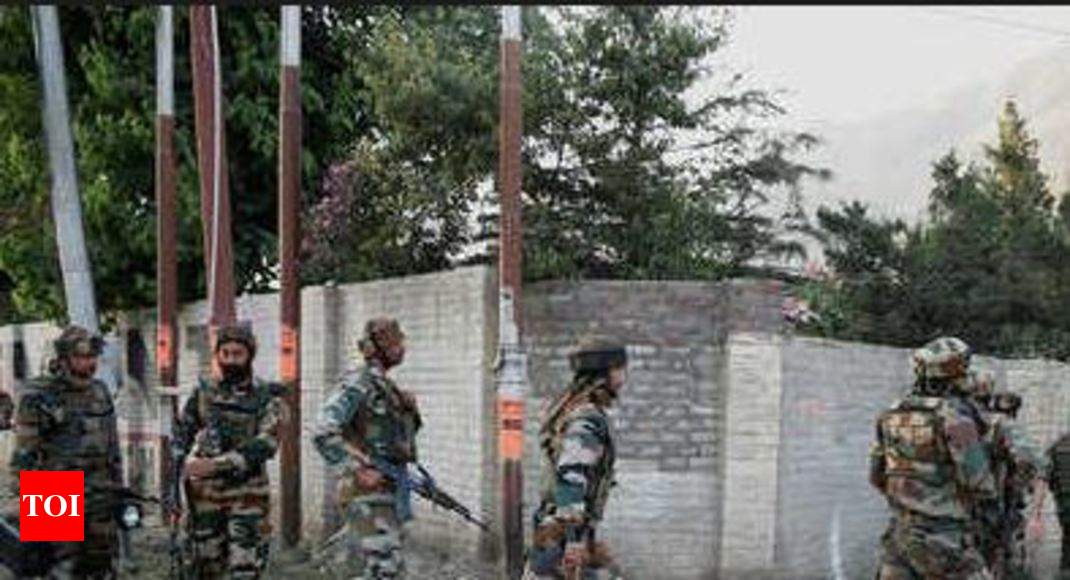 SRINAGAR: A day after five terrorists escaped an encounter site after killing one cop and injuring three others in Srinagar Batamaloo area, authorities said they have sounded a high alert in the valley to ensure peaceful Independence Day celebration.

The official function will be held at Sher-i-Kashmir stadium in the high-security zone at Sonwar instead of the traditional Bakshi stadium. The authorities may have changed the venue, keeping in mind security threat, sources said adding that the “change of venue did not take place even during the height of militancy in the early 90s.”

“Stringent security measures have been put in place. We will ensure I-Day celebrations across the valley,” director general of police (DGP) S P Vaid said on Monday. Governor N N Vohra convened a high-level security meeting on Monday where he was briefed about the terrorists’ escape at Batamaloo.

Separatists have called for a complete shutdown on August 15, which they have asked to be observed as “black day”.

In Pulwama, cops recovered a bullet-riddled body of a 24-year-old youth. He was identified as Gulzar Ahmad Bhat of Bunpora Murran area. A police spokesman said terrorists barged into his house last night and abducted him.