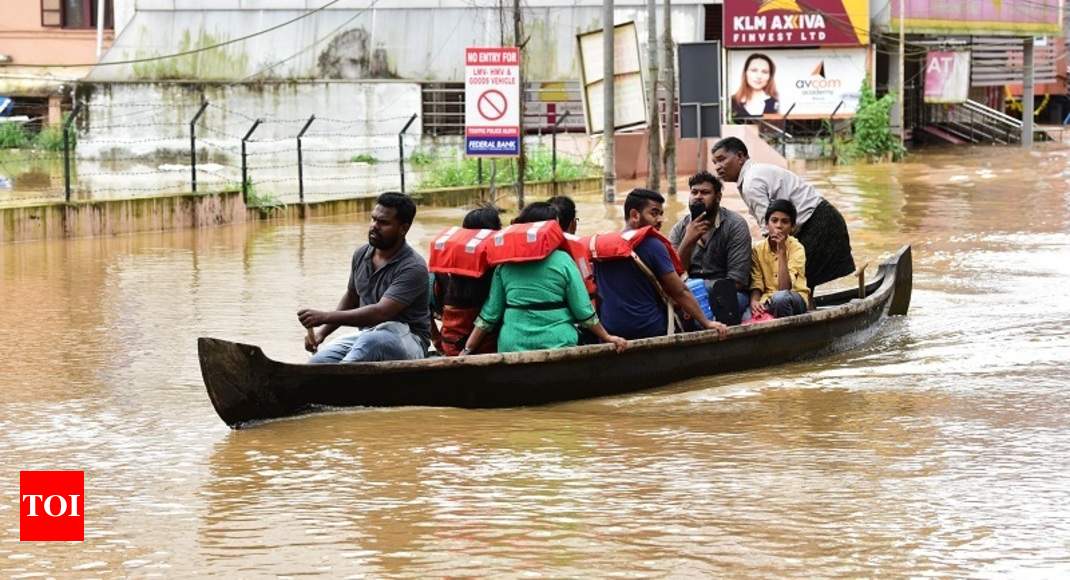 JAIPUR: Even as the flood situation in Kerala gets a bit better, the defence personnel involved in some of the most nerve wrecking rescue operations there recently, look back at how they carried out these evacuations. Officers of Indian Airforce, Navy and Coast Guard told TOI that the adrenaline rush, absolute focus and the helplessness of the people of Kerala due to the devastation kept them going without much rest or food. Be it Cdr Vijay Varma of Indian Navy who ensured rescue of 150 people or Deputy Commandant Anand Babu of Coast Guard who was the first to reach the disaster area after swimming nearly 10 kms to evacuate 93 locals, or Wing Cdr B Prashanth of IAF, they all say that thoughts of rest and fatigue did not even cross their minds in the face of phenomenal devastation which they were witnessing and saw their own families in those faces. Not looking for any kind of gratification, these officers continue the relief operations undeterred.

Varma who has around 3000 hours of flying to his credit carried out the precarious rescue of Sajitha Jabil-a heavily pregnant woman in Kochi who later delivered a boy. He has been previously involved in similar relief operations during Odisha and Chennai flood. Talking about what drives him during such circumstances, he told TOI,”every evacuation is a well thought out plan and obviously there is certain amount of tension but that actually helps in doing the job well. There is no fear because how can we work if we are afraid? Initially there is adrenaline rush but gradually both us and the machine does get fatigued. We have to constantly ensure that everyone gets some rest.”

Elaborating further, he added,” Sajitha’s rescue was one of the most difficult one that I have done but its feels wonderful to have saved her and I was glad to know that she was blessed with a baby.”

Like the naval aviator, Prashanth, a commander from IAF’s Garud Special Force also saved many lives in matter of 4 days including a 102-year-old woman and three infants. Talking to TOI, he said,”I actually thought of my own children when I was rescuing all these people. I had to dangle from chopper to winch up the toddler and looking down it does feel scary but then I saw all those people who were looking at us for help and that’s all that matters at that point of time. The father of the baby actually called to thank me for saving his family and that really moved me.”

The flood relief operations are ongoing in Kerala and Babu whose team of eight saved many lives in one of the worst affected areas of the state said,”we were the first ones to reach Ranny in Kerala where water was up to three floors. We had to swim and walk more than 10 kilometres to reach the people who were trapped but the biggest challenge was sorting through the power lines which were broken. The priority is always to get the women, children and those requiring medical help to safer grounds. We saved 93 people in just over a day so that feels good. Also, there is a certain amount of thrill in such missions.”