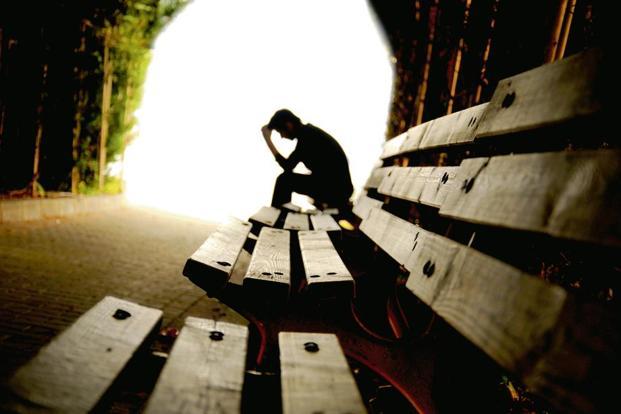 Irdai, in its circular, said that insurers will have to make provisions to insure mental illness, according to the rules laid down by the Mental Healthcare Act, 2017.

The circular is a step in the right direction as it increases the scope of health insurance coverage for a large number of population. As per the National Mental Health Survey of India for FY16 conducted by the National Institute of Mental Health and Neuro Sciences, nearly 15% of Indian adults are in need of active intervention for one or more mental health issues.

At present, insurers typically do not cover mental illnesses. We randomly chose three health plans and went through the policy wordings. All of them excluded mental and psychiatric conditions. The exclusion in one policy said any expense incurred on the treatment of mental illness, stress, psychiatric or psychological disorder will not be payable by the insurance company.

Irdai, in its circular, said that insurers will have to make provisions to insure mental illness, according to the rules laid down by the Mental Healthcare Act, 2017. According to Section 21(4) of the Act, every insurer needs to make provisions for medical insurance for treatment of mental illness on the same basis as is available for treatment of physical illness. The circular stated that insurers will need to comply with these provisions with immediate effect.

However, this may still not mean a blanket cover for mental illness and may affect the pricing. We spoke to experts to understand why.

As per the Mental Healthcare Act, mental illness means a substantial disorder of thinking, mood, perception, orientation or memory that grossly impairs judgement, behaviour, capacity to recognise reality or ability to meet the ordinary demands of life. It also includes mental conditions associated with the abuse of alcohol and drugs, but does not include mental retardation which is a condition of arrested or incomplete development of mind of a person. The Act further states that every person with mental illness will be treated as equal to persons with physical illness when it comes to healthcare, including health insurance.

Irdai has taken cognisance of the law, and asked insurance companies to implement its provisions. So your health insurance policy will no longer be able to have a blanket exclusion on mental illness.

However what’s covered will be governed by the terms and conditions of the policy. “One of the rationales of the Act is to not discriminate between mental illness and physical illness in coverage. Now, if an alcohol-induced physical illness leading to hospitalisation like in the case of cirrhosis is not covered, in a similar manner alcohol-induced mental illness too will also not be covered,” said Dr Bhabatosh Mishra, chief operations officer, Apollo Munich Health Insurance Co. Ltd.

What you also need to remember is that the circular only states that there should be no discrimination between the two illnesses, mental and physical. That doesn’t change anything for the insurers in terms of their underwriting decision.

“Even now, the insurer can altogether deny health insurance to a person suffering from a physical illness, say cancer or heart disease, as per its underwriting norms. The same underwriting criteria should apply to individuals with a pre-existing mental illness. However, if the insurer agrees to insure them, then after the waiting period on pre-existing ailment, these conditions would need to be covered,” said Sanjay Datta, chief-underwriting and claims, ICICI Lombard General Insurance Co. Ltd.

What will health insurance pay for?

But being insured is not enough, you also need to know what your health cover will pay for. A typical health insurance policy pays for in-patient hospitalisation and not out-patient treatment. In other words, your consultation with your doctor or medicines that you buy will not be payable. But if you are hospitalised on account of a mental illness, then the policy will cover you. “It’s a very small portion of people with mental illness that actually need hospitalisation. A majority of people with mental conditions need out-patient care like consultations or may be medication which health insurance policies in their current form don’t cover,” said Kapil Mehta, co-founder, SecureNow Insurance Broker Pvt. Ltd.

“Insurers could also carve out exclusions with regard to mental illness just the way they have done for physical illnesses,” he added.

For instance, most health plans typically don’t cover cosmetic surgery, treatments related to obesity or AIDS and fertility related treatments, among several others. Similarly, insurers can come out with exclusions with regard to mental illnesses as well.

This will limit the scope of health insurance in covering mental illness. “The insurance market in India is under-developed when it comes to out-patient treatment. There are fewer policies that cover OPD and the coverage is not very high and that’s because the healthcare sector is not regulated,” said Jyoti Punja, chief customer officer, Cigna TTK Health Insurance Co. Ltd.

“The circular is a step in the right direction as it will push the industry to focus on developing OPD products,” added Punja.

How can it affect the pricing of the policy

Although this may still be early days to quantify the impact of pricing on health insurance plans, an increase in the scope of coverage is bound to have some cost implications. “Insurers will definitely have to go to the drawing board to price health insurance plans. Given the lack of data, it’s still early to assess the impact on pricing. The industry could also implement a disease-based exclusion period where named ailments are excluded for the first couple of years to avoid anti-selection,” said Shreeraj Deshpande, head, health insurance, Future Generali India Insurance Co. Ltd.

While the circular may intend to increase coverage and weed out disparity between physical and mental illnesses, in practical terms, the person insured may only enjoy limited benefits if the industry doesn’t innovate to bring about meaningful OPD products.