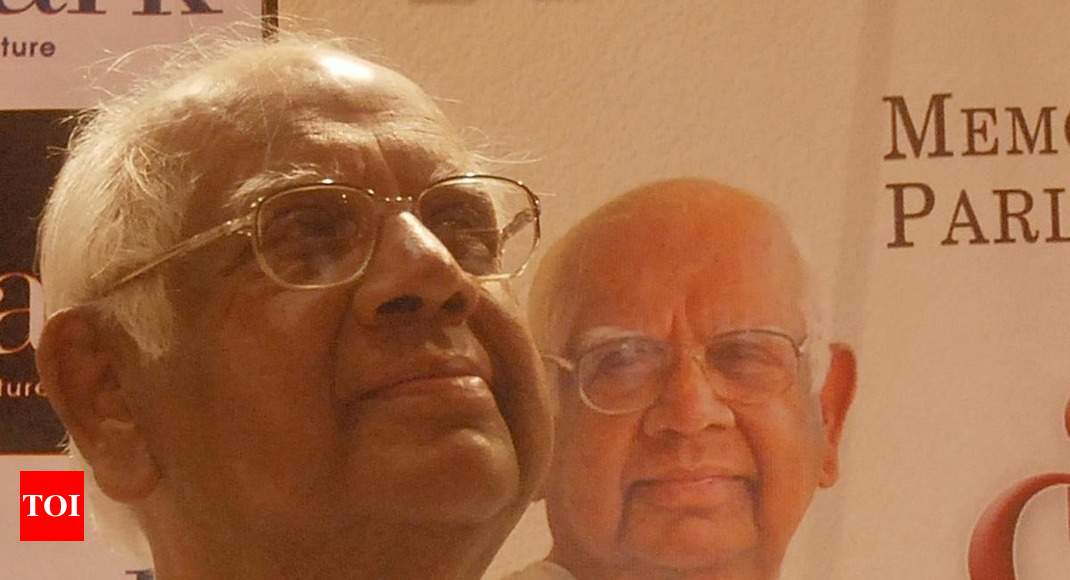 NEW DELHI: Somanth Chatterjee, who passed away in Kolkata on Monday morning, was known for his strict conduct of proceedings as the Lok Sabha Speaker, a role that had earned him the sobriquet of ‘headmaster’. His admonitions for unruly members came to be widely quoted and became part of public debate.

Adjournments within a few minutes of the House sitting, and sometimes also witnessed by visiting foreign delegations, embarrassed him acutely.

A 10-time Lok Sabha member representing the CPM, Chatterjee was the Speaker of the lower house from 2004 to 2009. He passed away at a private hospital in Kolkata this morning following multiple organ failure.

“The admonitions I handed down from the Chair at regular intervals are eloquent. They earned me the sobriquet of ‘headmaster’, which I did not mind as the position of a headmaster is an honourable one,” the CPM leader wrote in his autobiography “Keeping the Faith: Memoirs of a Parliamentarian” that was published in 2010.

He mentions several of his admonitions in the book.

“I can only say that more and more we are showing that we are not fit for democracy”; “I know the Chair has no respect in this House. We have sufficiently decimated its authority”; “People are looking at us. We are fighting for more money for ourselves. I thought that people will say ‘No work No pay’,” were some of these.

When members come to the Well of the House and refuse to budge, Chatterjee would warn them: “Are you not ashamed of yourselves? What are you doing? Is this the way members of Parliament should behave? You have no right to be here.”

He also mentioned how foreign delegations were not impressed by what the parliamentarians did in India.

“A Norwegian delegation put a charitable gloss on the disruptions by terming it as an example of our democratic vibrancy! The Swedish Speaker, who was on a visit, expressed his hope that his members would not learn from my members!” he wrote in the book published by HarperCollins India.

Sometimes, Chatterjee seemed to get emotional while dealing with MPs as he used to tell them, “Now if any member wants to do whatever he or she likes, then there is neither the necessity of the Chair nor the list of business nor the rules.”

Or at times he would say, “I am sorry I have to say that you are all working overtime to finish democracy in this country. It is a matter of great sorrow for me.”

His strongest words would be, “I think the Parliament of India is reaching its lowest position – Nadir. The whole country is ashamed of the parliamentarians.”

He would also sarcastically tell, “This House of People should be adjourned sine die. People’s money will be saved. Useless allowances should not be given to all of you. I think that is the best thing to do. You do not deserve one paisa out of public money.”

Chatterjee often rued that important matters were not taken up for serious deliberation by the members purely for extraneous considerations.