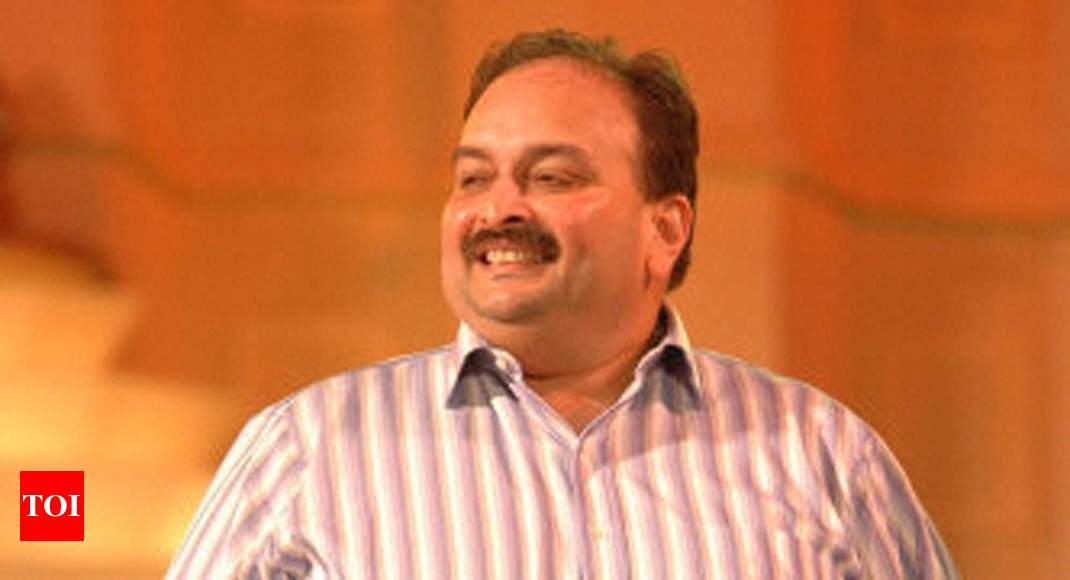 NEW DELHI: Mehul Choksi’s attorney in Antigua and Barbuda – David Dorsett on Friday confirmed to Times of India that the businessman was indeed present in the Caribbean nation.

Choksi has issued a statement on Thursday through Dorsett in which he claims that he moved to the country “to expand his business in the Caribbean” and “to avail visa-free access to 132 countries”.

“Yes, Mehul Choksi is here. We have already issued a detailed statement on the matter. I have been instructed by Choksi not to further engage with media, so I cannot share any more details with you,” Dorsett told TOI over phone from his office at St John’s, Antigua, when asked about Choksi’s residency, his business plans there and the travel details.

The fugitive diamantaire has refuted allegations against him by the Indian government in the statement issued through Dorsett, saying, “there was no truth” in it.

“I can however state that I lawfully applied to be registered as a citizen of Antigua and Barbuda under the Citizenship by Investment Programme. During the course of my application I did all that was lawfully required of me to do. My application for citizenship was in due course approved,” said his statement.

Choksi had taken the citizenship of Antigua in November 2017, and oath of allegiance on January 15 this year.

“My application was motivated by my desire to expand my business interest in the Caribbean and to obtain visa-free travel access to 130 or so countries,” the statement said, adding that he was in the United States in January 2018 for medical treatment.

“Having received treatment, I am still in a state convalescence. That being the case I have decided to reside in Antigua and Barbuda,” it read.

Dorsett told TOI, “We have nothing more to say in the matter. We stand by this statement”.

CBI has already written to Antigua earlier this week and is awaiting a response from Antiguan authorities about his whereabouts.

Meanwhile, the prime minister of the island nation – Gaston Browne has told some TV channels that Indian government has not approached them on Choksi, while promising all cooperation on the issue.

“At the time when he applied about August last year, there was no derogatory information on him. In fact, up to this point I do not believe that your law enforcement agencies in India would have posted anything on Interpol … So, in essence, my country did nothing wrong,” Browne told CNN-News18.

Browne said Choksi at the time of application had claimed that he left India to escape from political persecution and an investigation will have to be conducted to confirm its veracity.

In its defence for issuing a citizenship to Choksi, Antigua and Barbuda government has claimed that the CIU (Citizenship by Investment Unit of Antigua) “at all times acted properly and with the nation’s interest its foremost thought”, as reported by Daily Observer. The Antiguan authorities have reportedly claimed that the government was “fully satisfied” that at “every step of the process” nothing was missed by the CIU while verifying the antecedents of Choksi.

However, Indian officials pointed out that during verification on Mehul Choksi, the Antiguan authorities approached agencies like Interpol, or Thomson Reuters World-Check database, and US Federal Bureau of Investigation’s most wanted list, as being reported in Antiguan media, but it never directly approached Indian government.