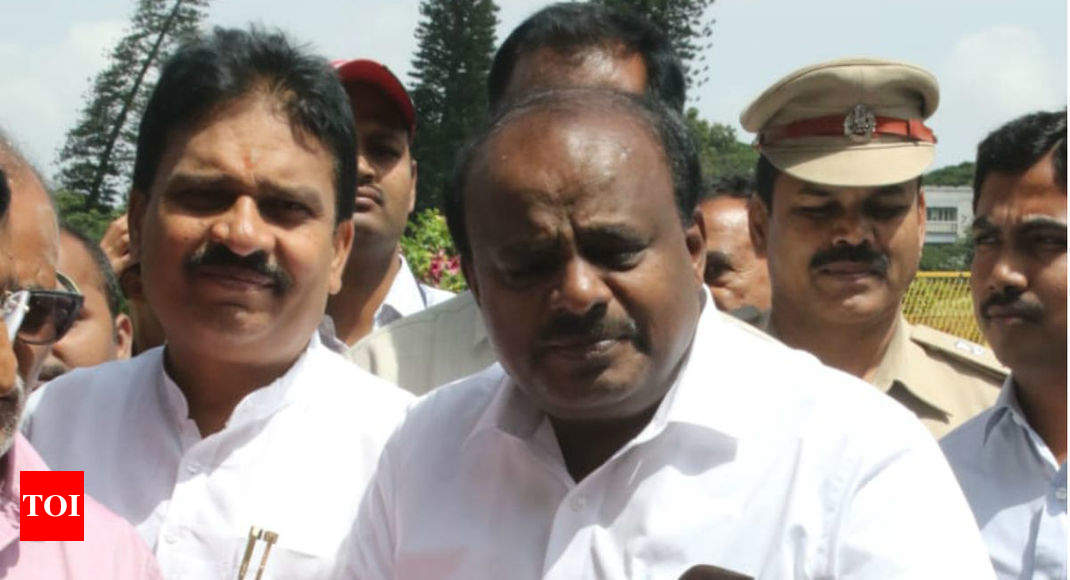 BENGALURU: Chief minister HD Kumaraswamy, in his first budget this term has taken on China in manufacturing—from toys and bulbs to tiles and IC chips—by announcing a “Compete with China” scheme, even as he’s taken inspiration from Israel for innovations in agriculture and irrigation.

While Kumaraswamy’s intentions are a welcome with the industry also willing to respond to his clarion call of ‘produce or perish’, they are not shying away from pointing to the apparent limitations which are further amplified by increased charges on petrol, diesel and power, which will increase the input cost. Lack of decent infrastructure is another problem the industry wants addressed on a war footing.

“As it is there is a problem of skilled labour and infrastructure, now we are also faced with increasing costs on petrol, diesel and power, how do we compete with China?” Federation of Karnataka Chamber of Commerce and Industry (FKCCI) President K Ravi said.

The “Compete with China” scheme, Kumaraswamy said will be under the leadership of successful entrepreneurs and that a ‘Program Mission Unit’ will be established for its implementation.

In order to compete with Chinese goods, spare parts will be manufactured at the village level, assembled at taluk level and Malls will be opened to market these goods. For this purpose, Plug & Play industrial sheds will be constructed.

Pointing out that human resources have to be complementary to this scheme, he said, various training programmes will be organized to enhance the same.

And, projects will be implemented based on the basis of resources and professional skill available in each area. For instance, Kalaburagi district will be developed as Bharath Solar District with focus on solar panel, inverters, capacitors and luminators production, while Mysuru will focus on IC chips.

Further, Ballari district will be converted into a textile manufacturing hub, Chikkaballapur will see industries relating to mobile phone components, while Tumakuru will make sports goods and Bidar will make agro products. Similarly, manufacturing of household LED light will be developed in Chitradurga while Hassan will be take to manufacturing of bathroom and floor tiles and sanitary goods.

Each old phone will get Rs 4,000 if the original components are separated. There is an opportunity to separate component of three crore old phones for which mobile phone components industry will be established in Chikkaballapur.

Thus, there will be Rs 5,000 crore investment for each district. By this process a loan of Rs 15,000 crore may be obtained from the banks, he said, adding, that this will generate an employment of one lakh will be generated in each district.

Kumaraswamy, who had visited Israel before the elections, is clearly impacted by the country’s progress in agriculture as indicated in the budget.

“I visited Israel last year and studied their farm practices myself. I have no doubt that Israel model of irrigation system would protect the crops of farmers and make their life better. I provide Rs.150 crore in the first stage for providing Israel model irrigation facility in 5,000 hectares of dry land each in Kolar, Chitradurga, Koppal and Gadag districts,” he said.

He’s also proposed to adopt Israel model of irrigation in the Horticulture sector and announced Rs 150 crore for 5,000 hectares each in Karwar, Tumakuru, Yadagiri and Haveri districts.