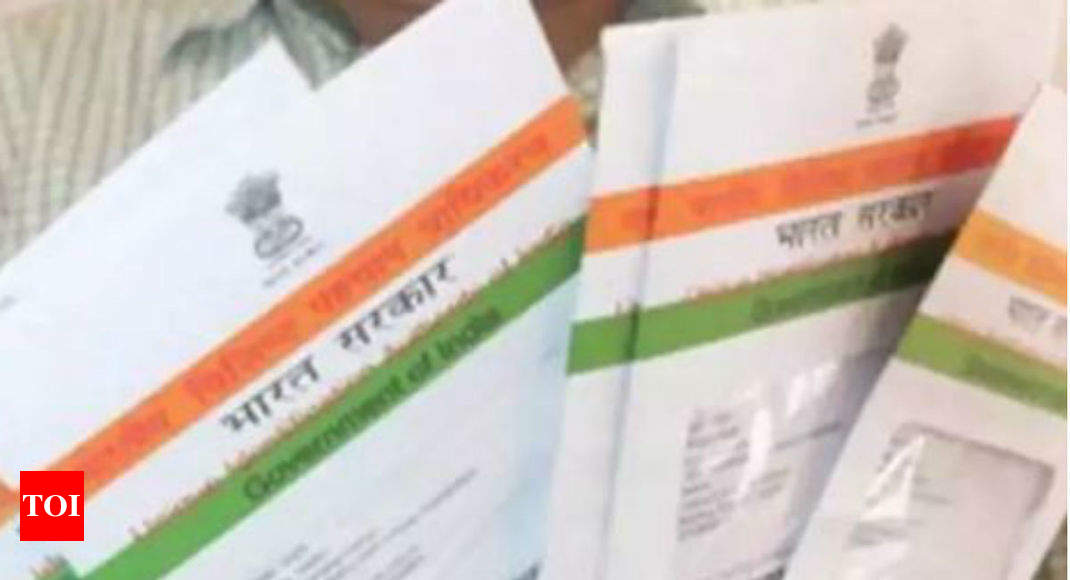 NEW DELHI: The Delhi high court on Friday sought Centre’s response on a PIL seeking direction to utilise biometric and Aadhaar details of missing persons, including children, aged and mentally challenged, so that they can be reunited with their families.

A bench of Acting Chief Justice Gita Mittal and C Hari Shankar issued notice to the ministry of home affairs on the plea which also sought direction to the authorities to spread awareness in this regard to track the pre-existed biometrics and Aadhaar details for reuniting missing persons with their families across the country.

The bench asked the ministry to file an action taken report on the representation made by petitioner advocate Amit Sahni to the authorities and listed the matter for further hearing on November 13.

The petition said the Centre be directed to issue appropriate and mandatory directions to the authorities for utilising biometric/Aadhaar of missing children, old aged persons and mentally challenged persons immediately for the purpose of tracing and reuniting them with their families as and when they are rescued by any department.

It said the petitioner was not challenging any question of law, which is already pending adjudication before the Supreme Court, that is, the constitutional validity of Aadhaar.

“There have been many debates regarding Aadhaar and the issue of its constitutional validity is pending before the Supreme Court of India but the same is very useful for tracing missing persons, if the Aadhaar of such missing persons is pre-existed,” it said.

“There is no greater vacuum or void than the helplessness felt by parents whose children have gone missing and the significance of timely recovering of the missing child can only be understood if one empathises with feelings of the missing child or that of a mother, who is unable to locate her child irrespective of the circumstances under which a child goes missing,” it said.

Sahni also referred to a judicial order in which by the intervention of a trial court, a 31-year-old mentally challenged woman was reunited with her family in Rajasthan through Aadhaar.

In that case, a mentally challenged woman was rescued by Delhi Police and produced before Metropolitan Magistrate Abhilash Malhotra, who directed the authorities to help the victim to undergo the process of Aadhaar, which revealed that her biometric records pre-existed in the Aadhaar database.

The police obtained her details from the Unique Identification Authority of India after which she the woman was reunited with her family.