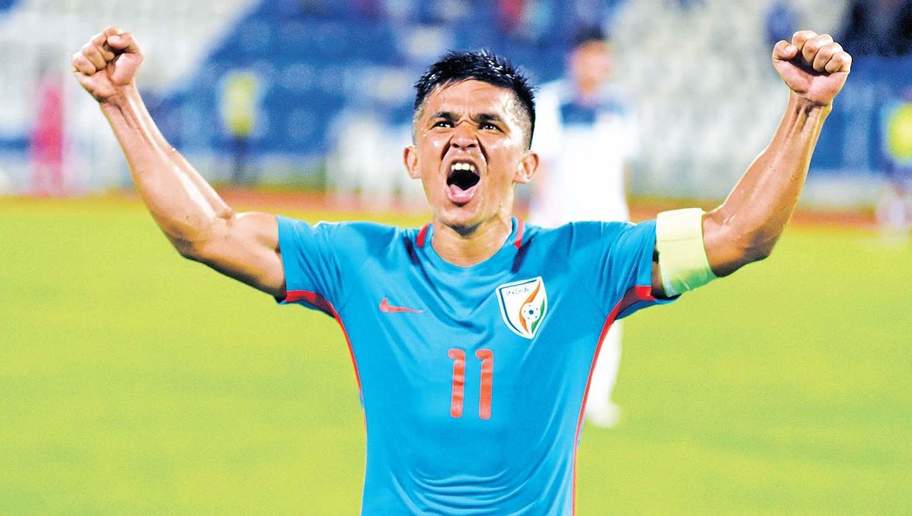 Even as Chinese Taipei football coach Gary White has said that his players “will look up to Sunil Chhetri someday”, the Indian national team captain felt that he has not yet attained the stature where international footballers will “look up to him”.

After Chhetri smashed a hat-trick to guide India to a thumping 5-0 win over Chinese Taipei in the opening match of the Intercontinental Cup at the Andheri Sports Complex on Friday, White had said that his youngsters would look up to Indian skipper Chhetri someday.

However, Chhetri ruled out the same.

“I feel I haven’t yet reached that stature where international footballers will look up to me,” the player with 99 International caps said.

“At this moment, I am more concerned about myself and my career. Maybe 20 years from now with me having retired, I may reflect back whether I have inspired someone or not. But right now, it’s too premature.”
Sitting pretty at 59 goals in international football, Chhetri also became the first-ever Indian footballer to have scored three hat-tricks in International Football surpassing Appalaraju and IM Vijayan, both of whom had two hat-tricks to their credit.

Speaking about his understanding with fellow striker Jeje Lalpekhlua, Chhetri who has scored 15 goals in the 25 matches under coach Stephen Constantine attributed it to the duo having “played together” for long.

“The understanding comes from the fact that we have played many games together. Jeje is a supremely talented player. He really works hard on his game and is one of our best players. I try my best to help him and vice versa,” Chhetri said.

“Two of my goals today (against Chinese Taipei) came off Jeje’s pass. He is a very strong player who can hold defenders. My job becomes easier when he is around,” he added.

There is, however, a sentiment that Chhetri does not celebrate his goals as much as his fans would love him to.

“I feel extremely happy when I score. I am very fortunate to have played and scored for teams, both at the International level and at the Club level. I value my goals very much,” he reflected.

“Right after the game Udanta (Singh) was in the ice-batch and I congratulated him for scoring his first-ever International goal. Yeah, I am very fond of him but I told him: ‘Congrats boy. But 58 more to go.”

Meanwhile, India will take on Kenya next in their Intercontinental Cup match on June 4.