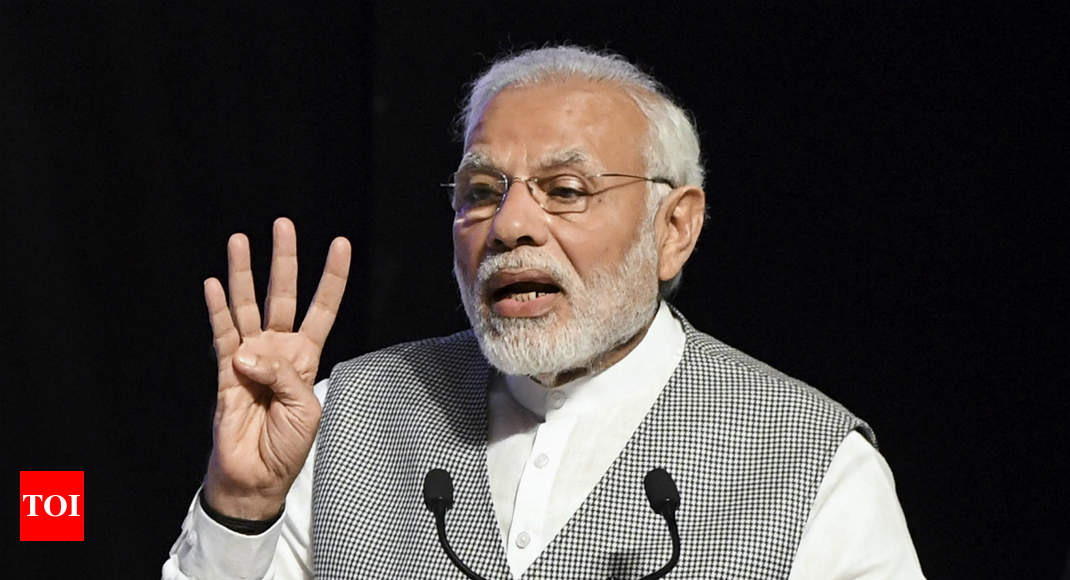 NEW DELHI: PM Narendra Modi on Tuesday said that the Grand Alliance is solely driven by an agenda to remove him and dismissed it as a “grand race” by his rivals to be the Prime Minister.

“Hatred for Modi is the sole gluing force for the Opposition,” he said in an interview to Swarajya Magazine.

The PM opined that the chances of Grand Alliance’s survival are bleak as it misses the crucial element of an “anchoring party” required to cement an alliance.

Taking a swipe at the Congress, the Prime Minister said that the main opposition party is fighting a battle for its survival — “astitva ki ladai”.

The entire focus in the opposition is on power politics with Rahul Gandhi saying he is ready to be prime minister while TMC chief Mamata Banerjee is also eying the top post but the Left has a “problem” with her, the prime minister said.

The Prime Minister also refuted claims that all is not well within the National Democratic Alliance (NDA).

Terming the NDA “an article of faith”, the PM said that it is a “large happy family” of 20 political parties.

He also played down his party’s losses in the bypolls, especially in Uttar Pradesh, saying the BJP had not done well in some local elections in Gujarat before the 1998 assembly polls but went on to win a two-thirds majority.

On the prevailing security situation in the restive state of Jammu and Kashmir, the Prime Minister said that his government’s goal in the state is “good governance, development, responsibility and accountability”.

Asked whether there would be dialogue with stakeholders in the state, he said the government had appointed an interlocutor who was in touch with many people.

“He is travelling to the interiors and engaging with people,” Modi said.

Giving details of the security scenario in the country, Modi commended the “brave” and “eternally vigilant” security forces for ensuring peace as well as prosperity for 125 crore Indians.

When asked whether the area under Left Wing Extremism (LWE) had really shrunk, the prime minister said 44 of 126 districts have been removed from the list of Maoists affected areas.

“No area likes being called an LWE-affected area. It adversely impacts the psyche of the local population. Based on the changed ground realities, 44 out of 126 districts have been removed from the list of LWE-affected areas. These are those districts that did not see any violence for the last four years,” Modi said.