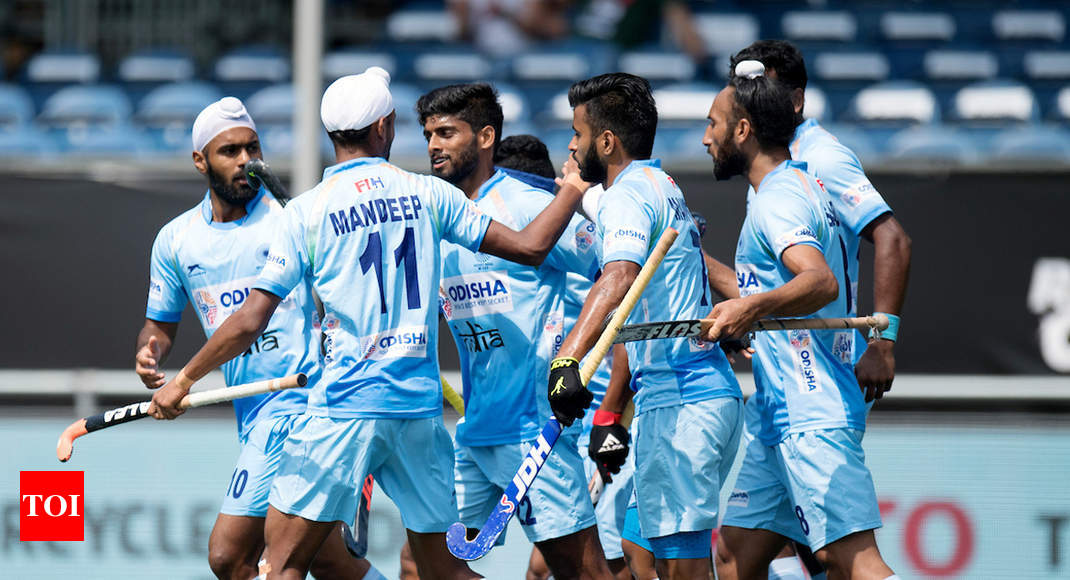 BENGALURU: As the Indian hockey team launched its forays against Australia in the final of the Champions Trophy on Sunday, seasoned campaigner Sardar Singh stayed back at the half-line, allowing Manpreet Singh and teenager Vishnu Prasad to go on the attack.

Attack they did, not just in the final, but in each of the six matches the PR Sreejesh-led side played at the event. An alert Indian defence, which conceded only seven goals – the joint least with Netherlands – too came through with flying colours.

After finishing the Commonwealth Games without a medal, the team, under new chief coach Harendra Singh, looked different in attitude and intent.

The loss through the shootout in the final notwithstanding, Harendra rates his team’s performance highly.

Ask the 52-year-old on the takeaways and he says, “The youth gelled well with the experienced players. The fact that we have a good structure showed and there was hunger in the players to settle for nothing but gold and that reflected in their attitude on the field.”

Harendra, who took over from Dutchman Sjoerd Marijne two months ago, didn’t have too much time to work on the players’ tactics, but he did make use of the period to motivate them.

The coach, who gave out a questionnaire to players about their goals and expectations immediately after taking over, explained, “We had long dressing room conversations about how Indian hockey has fared since 1975. We decided the time for blame games was over and we had to concentrate on delivering. Each one of us- on and off the field- had to take responsibility and work around team demands. The demands of the sport in terms of skills and fitness had to be met and there was no substitute for that.”

On his assessment of what went wrong in the final, Harendra explained, “I don’t think anything went wrong in the final. I think in our quest for the elusive title we played good attacking hockey, but in the process, we made some elementary mistakes. On a couple of occasions, the stick was not down. We didn’t choose the right skill at the appropriate time and we didn’t position ourselves properly while relaying or receiving the ball. These are a few things that we have to revisit as a team and work on.”

After a week’s break, the team will regroup in Bengaluru to prepare for the Asian Games next month. As Harendra enjoyed some family time, he added, “Our team is work in progress, we can’t relax. Asian Games is the bigger challenge of the year for us. We have to finish on top and ensure we book our Tokyo Olympics berth.”

He was outstanding and his efforts were complemented by the defenders. The goalkeeper should be clearing the ball once and the rebound is the defenders’ responsibility. We discussed it extensively and the same was executed.

He was entrusted with a responsibility and role which he delivered admirably. His presence on the ground makes a difference because with a senior player in their mix, the juniors feel comfortable and look to him for guidance.