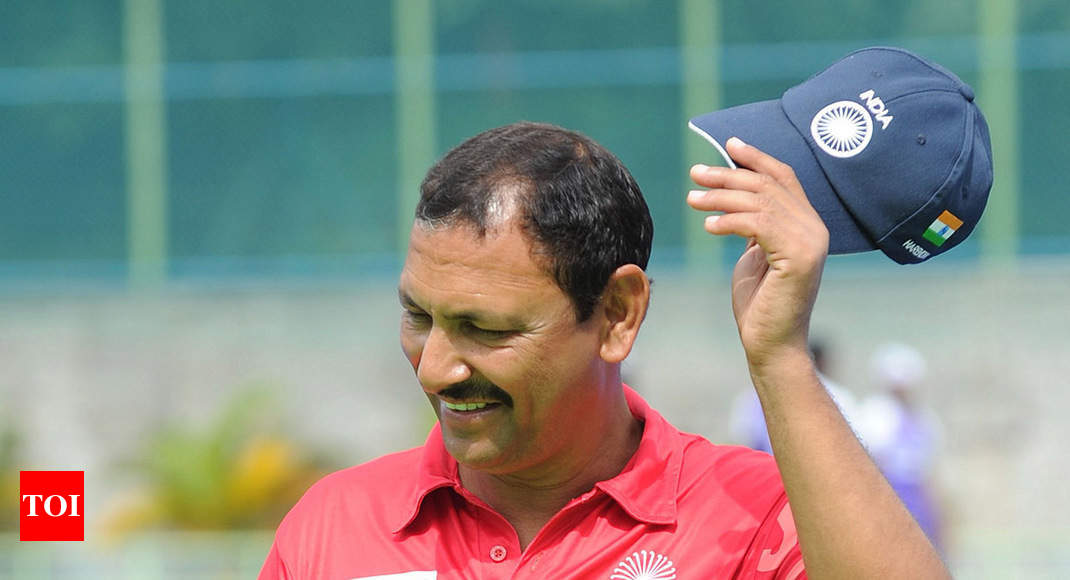 NEW DELHI: Senior players Sardar Singh and Manpreet Singh say having an Indian as the national team’s head coach has broken all communication barriers and tactically too Harendra Singh is no less than any of his foreign counterparts.

Harendra, who was appointed in May, coached India to a second straight runners-up finish at the Champions Trophy last month.

“I still remember Harendra pahji had called me to a national camp 15-16 years ago. We go back a long way. I played under him even when he was assisting Jose Brasa in 2009,” Sardar said.

“It is a different feeling working with an Indian coach. We can discuss anything with him under the sun. He also openly advises us and knows that as senior players we can’t change our game completely,” he added.

There is plenty of time to explain things during training but completely understanding the coach’s advice during the two-minute break between quarters can be tough. That is where Harendra has made a massive difference.

“He has given results whether it is with the women’s team or the men’s junior side that won the World Cup. He has worked with the best of coaches. One big positive (after his arrival) is that we all communicate in Hindi now.

“With foreigners, even if you miss a single point during those two-minute breaks, it can create confusion in the minds of the players. The coach is observing the game from the outside and he can tell you right away (what needs to be done) in your own language. There is not much time anyway to absorb (instructions), so a language that all of us understand helps immensely,” said the 32-year-old midfielder.

“Whenever a new coach comes, he has to make sure that we don’t change our styles of play. Our strength has always been attack and counter-attack. Harendra pahji knows how to make best use of speedy forwards like SV Sunil and Akashdeep,” said Manpreet.

“He is a very positive person. In short time, he says the right things. He has improved a lot tactically, having worked with the best coaches in the business, though he says ‘he is still learning’.”

So has the time come when India can end their obsession with foreign coaches?

“I think we can put an end to that practice. You saw how we performed in the Champions Trophy,” said Manpreet.

India will defend their Asian Games title in Jakarta later this month. A gold again will secure them a spot at the 2020 Olympics. Both Sardar and Manpreet are aiming for an encore that will lessen the pain of a medal-less performance at the Commonwealth Games in April.

“We all are thinking about gold (at the Asian Games). That secures our Olympic qualification and gives us more time to prepare for Tokyo,” said Manpreet.

Sardar said the the current Indian team doesn’t settle for anything less than gold anymore.

“When I started playing, we used to be 12th or 13th in the rankings. Now we are fifth. You must have observed even during the Champions Trophy we were not happy with the silver medal at all. We had gone there to win gold. So the mindset has changed completely.

“We lost the final in the shootout but in the 60 minutes (of regulation time), we had more ball possession and the other statistics were in our favour. We faltered in the shootout and that is something we have been working on after every training session,” he said.

“The Asian Games will not be as tough as the Champions Trophy but you can’t take any team lightly. In modern hockey, it is very important to read the game of your opponents.”

Sardar is on a comeback trail after being dropped from the Commonwealth Games. Back then, he thought he may not play for India again but he overcame that phase to earn a recall for the Champions Trophy.

“I did feel the pressure when I came back. My mindset was to give my best. My role in the team has also changed a bit. If you noticed, it is all about quick passing now, I don’t hold the ball for long anymore,” he concluded.