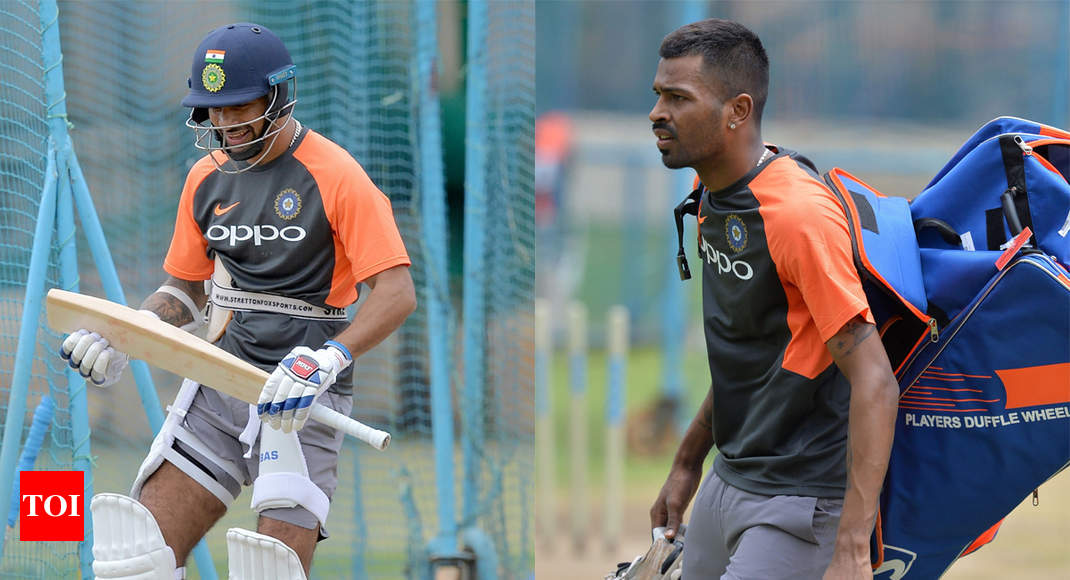 With Jasprit Bumrah being ruled out of the T20 series after sustaining a thumb injury in the first T20I against Ireland, Bhuvneshwar Kumar will have to shoulder the additional responsibility at the death overs.

The Indian team management will therefore expect Hardik to be a bit more economical and hence try out more variations against the likes of Jason Roy, Jos Buttler and Jonny Bairstow.

At the nets on Sunday, Hardik spent a considerable time bowling to Rohit Sharma. He was seen mixing slow off-cutters with usual length deliveries. The allrounder from time to time sought feedback of the Indian vice-captain.

He took throwdowns with a heavy plastic ball in order to counter the extra bounce. He then perfected the trademark pull shots against tennis ball throwdowns.

Despite Washington Sundar’s ankle injury while playing football, the Indian team continued with their warm-up game.

By some measure, Virat Kohli’s preparation was the most intense. The skipper didn’t score too many runs in India’s 2-0 series win against Ireland but no one is reading too much into the matter.

Kohli negotiated throwdowns by assistant coach Sanjay Bangar as the deliveries were pitched at different lengths channelled on and outside the off-stump.

He pulled the short deliveries with aplomb, and played square shots too, but his most positive responses came when he drove forward to play the good length deliveries.

Thereafter, against spinners, he played the late cut and interestingly enough, brought out the reverse sweep just like Dhawan had done during his session.

In the last bit, he worked with Kaul and dug out some quick yorkers that the paceman bowled, visibly impressed by his efforts.