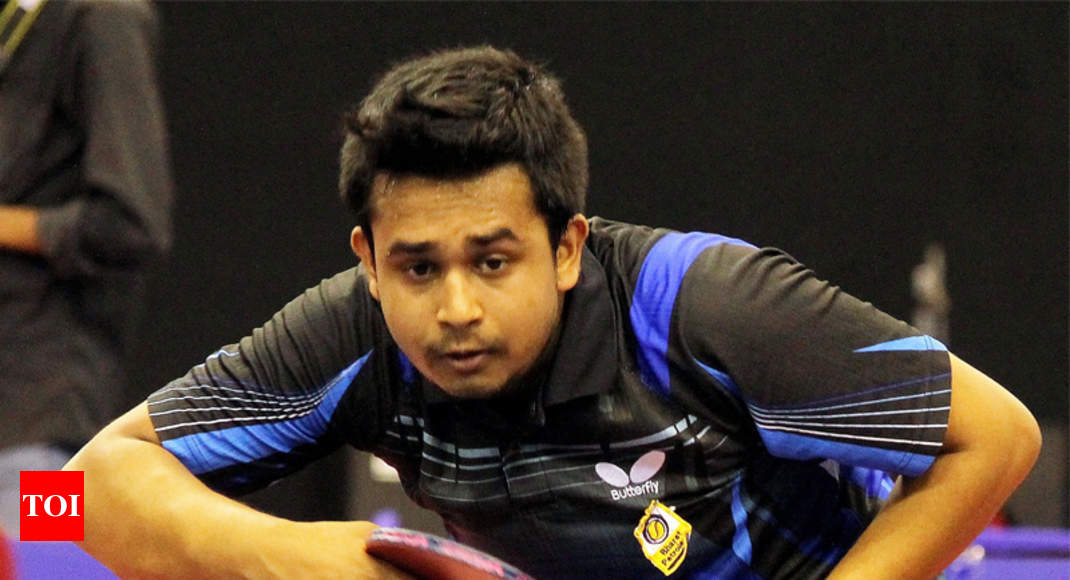 KOLKATA: Ever heard of a press conference being held at a wedding reception?

Table tennis Olympian Soumyajit Ghosh chose to be different as he shared the dais with his newly-married wife to clear the air.

It was in March that Ghosh had been accused of raping this same girl, now 18, but a minor then. The girl had also accused Ghosh of forcing her to undergo an abortion after she got pregnant with their child, on the basis of which a complaint was lodged at the Barasat women’s police station in North 24 Parganas district.

Ghosh initially denied the allegations and claimed the girl’s family was blackmailing him. But after months of turmoil, he decided to tie the knot on Friday.

On the evening of their reception, they looked a happy couple as they sought to let bygones be bygones. “There was a misunderstanding between us and our families,” Ghosh said. “We are happily married now and want to make a fresh start in life.”

He denied that the marriage had come about under any pressure, but refused to talk about the legal status of their case. “The matter is still sub-judice and hence I do not want to comment on that,” he said.

However, the bride was quick to add that they will talk to their lawyers to resolve the matter as soon as possible. “Of course we will sort out the matter amicably between us,” she said. Ghosh is still under provisional suspension and the TTFI is unlikely to revoke it until the case is withdrawn. “I will talk to TTFI officials,” Ghosh said.

The Arjuna awardee said he went through a tough time in the last couple of months and missed the sport. He also agreed that it will be tough to make a comeback. “I have put on weight and need to hit the gym soon to get back my fitness,” he stated. “My ranking has also dropped drastically which will affect my seeding once I am back,” he added.

Ghosh who was world No. 58 in March, is 109th in the latest ITTF rankings. “I have not yet signed with a foreign club to play in any league this year. My ranking needs to improve in order to get a contract now,” he stated.

The bride was confident that Ghosh will get back where he was. “He is a player and knows how to fight against odds. We are all beside him and I am confident that he will regain his form and glory soon,” she said.

The Siliguri boy, who missed the Commonwealth Games and will be out of the Asian Games as well due to the suspension, wants to focus on the 2020 Tokyo Olympics. “Many of my Indian teammates have stayed in touch with me and boosted my confidence during this period. I want to represent the country in 2020 Olympics,” he said.