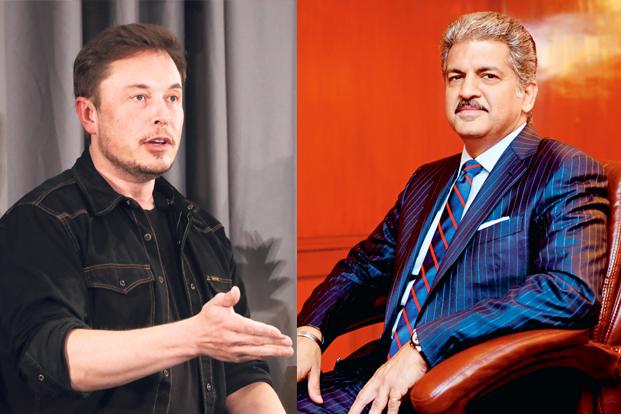 “Hang in there @elonmusk Your factory is now humming at a brisk clip. The world needs inspirational innovators like you….” This is Indian business tycoon Anand Mahindra’s message to Tesla’s founder and CEO, who in a recent emotional interview with New York Times admitted that stress and heavy work were taking a heavy toll on him. Musk noted that he nearly missed his brother’s wedding this summer and spent his birthday in Tesla’s offices as the company raced to meet elusive production targets on a crucial new model.

“This past year has been the most difficult and painful year of my career. It was excruciating,” Musk said in the hour-long interview, in which he reportedly choked up more than once.

Musk’s revelation has led to some experts saying that Tesla’s board should decide the direction of its leadership. Among their suggestions: remove Musk as CEO, permanently or via a temporary leave of absence, or appoint a deputy who could act as a steadying hand. “It’s kind of bizarre,” said Charles Elson, director of the corporate governance center at the University of Delaware. “It’s a drama we shouldn’t be watching.”

Digital-media mogul Arianna Huffington, who is also a board member of Uber Technologies, has in a open letter urged Musk to “change the way you work to be more in line with the science around how humans are most effective: You need it, Tesla needs it and the world needs it.”

But Musk sees no option but to keep working at his current relentless pace. “Ford & Tesla are the only two American car companies to avoid bankruptcy. I just got home from the factory. You think this is an option. It is not,” Musk tweeted, replying to Huffington’s twitter post.

Musk stunned markets last week with a tweet that he was considering taking Tesla private for $420 per share and that he had secured funding. The SEC has reportedly opened an inquiry related to his tweets.

In a Forbes article, on “What Visionaries, Entrepreneurs, CEOs And All The Rest Of Us Need To Learn From Elon Musk”, Prudy Gourguechon, a psychiatrist and psychoanalyst who advises leaders in business and finance, said, “Everyone, including visionaries, heroes, entrepreneurs and CEOs, needs to be aware of his vulnerabilities (which everyone has) and, with that knowledge, take specific, relevant, concrete actions that protect both himself and his business.”

Shri Anand Sir: Let Mahindra Rise buy some shares of Tesla. Reva is with us, Pininfarina is with us, Ssangyong, many more & with Tesla around, I believe Mahindra Motors would be next level Car Manufacturers.

Meanwhile, a twitter user @DMuchhala suggested Mahindra buy some shares of Tesla: “Reva is with us, Pininfarina is with us, Ssangyong, many more & with Tesla around, I believe Mahindra Motors would be next level car manufacturers.”