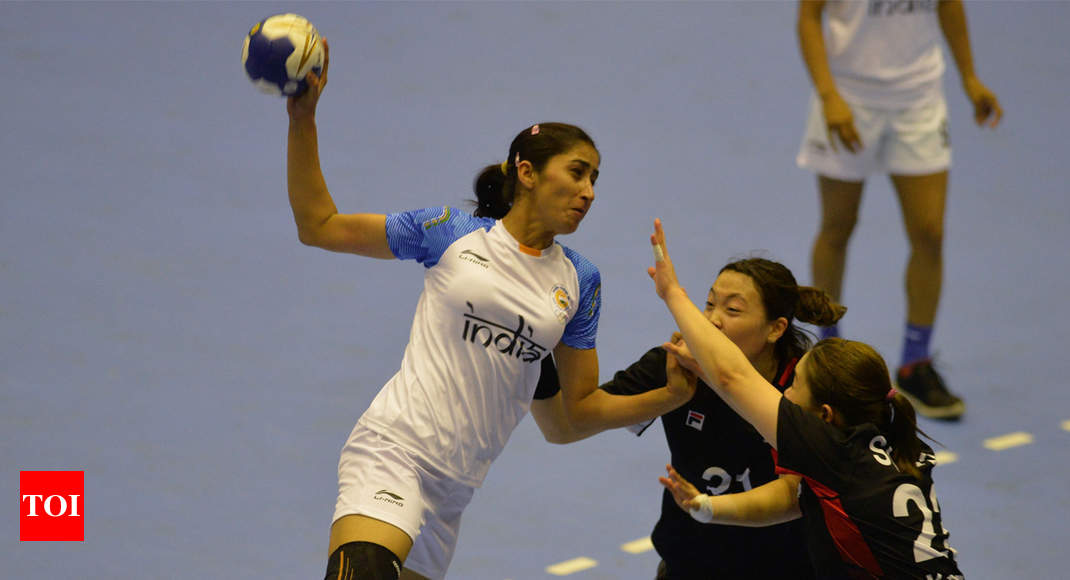 NEW DELHI: Indian men’s and women’s handball teams’ disappointing performance at the Jakarta-Palembang Asian Games could well be summarised in one phrase – all hype, no substance. After losing all their preliminary round matches, the handball teams have bowed out of the Games.

Handball Federation of India (HFI) president Anandeshwar Pandey had managed to ensure a backdoor entry for his teams for the Asiad but Pandey, who is also the Indian Olympic Association (IOA) treasurer, is likely to face a much bigger challenge upon his return to India. He will struggle to ensure that handball is not downgraded from ‘priority’ category.

Already miffed with the way handball got its entry for the Asiad, the sports ministry has taken a dim view of the teams’ below-par show at the Games and is looking at downgrading the discipline from ‘priority’ to the ‘others’ category, it’s been learnt.

The ministry and the Sports Authority of India (SAI) will sit down for a review of India’s Asiad performance after the event is over. And, according to sources, the ministry’s view is clear – there’s no point in retaining handball in ‘priority’ category.

The ministry has four categories for sports disciplines – high priority, priority, others and general. Those falling in the high priority and priority categories are eligible for financial grant under the government’s ‘scheme of assistance’ to the national sports federations (NSFs). This include funding for all national, state and zonal championships and ranking and qualifying tour naments.

Those disciplines which fall in the ‘others’ category are not entitled to any funding. In March 2015, the ministry had upgraded handball to ‘other’ from the ‘general’ category. However, Pandey, through the good offices of former sports minister Vijay Goel, managed to get handball upgraded to ‘priority’ category in October 2016, despite the teams not registering a single noteworthy performance in any multisport or continental event during that period.

Now, Pandey and the HFI will find it difficult to avoid a downgrade. The handball teams were cleared at the last minute by IOA, which denied the same privilege to the men’s football team, which was planning to prepare for next year’s AFC Asian Cup.