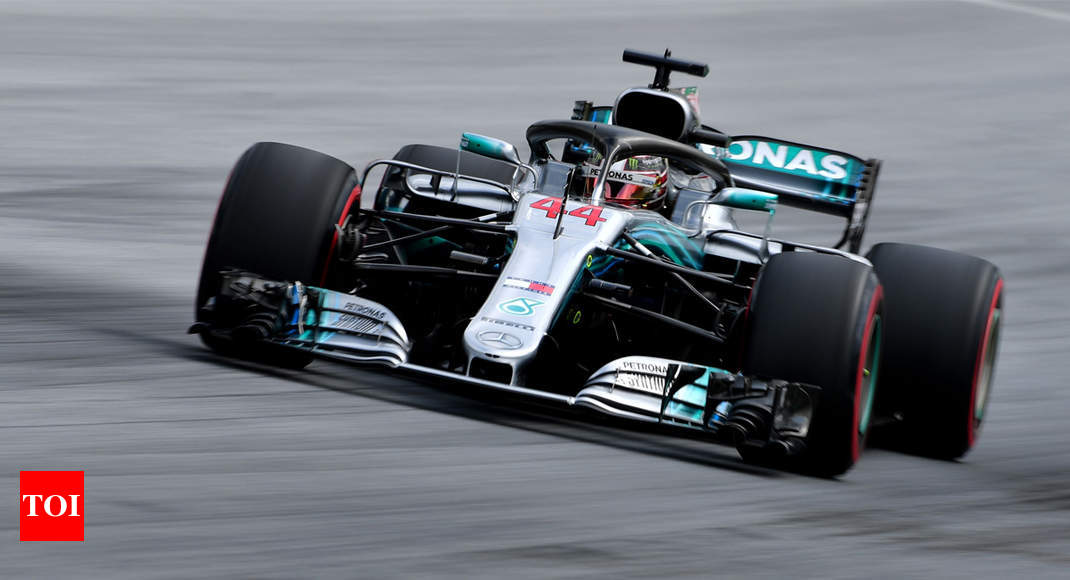 SPIELBERG: Formula One champion Lewis Hamilton led a Mercedes one-two in an overcast first practice session for the Austrian Grand Prix on Friday.

The Briton, who has a 14 point lead over Ferrari’s Sebastian Vettel after eight races, lapped the Red Bull Ring with a best time of one minute 04.839 seconds.

Finnish team mate Valtteri Bottas was second on the timesheets, 0.127 slower, with Red Bull’s Dutch driver Max Verstappen the best of the rest at a circuit owned by the energy drink company.

Mercedes have brought an aerodynamic upgrade to Austria, after a new engine was introduced at the previous race in France which Hamilton won, and looked again to be a step ahead of their rivals.

The reigning champions have won every race at Spielberg since Austria returned to the calendar in 2014.

Australian Daniel Ricciardo was fifth, ahead of Ferrari’s Kimi Raikkonen and Frenchmen Romain Grosjean — who has yet to score a point this season — for Haas and Esteban Ocon in the Force India.

Monegasque rookie Charles Leclerc, who has been impressive in the Sauber and is seen as a likely replacement for Raikkonen at Ferrari, continued his strong form with the ninth quickest time.

Poland’s Robert Kubica made a Friday appearance for Williams, replacing race regular Sergey Sirotkin for the morning session only, but was the slowest man on track with a lap of 1:07.424.

McLaren had another lacklustre session, with Fernando Alonso and Stoffel Vandoorne 17th and 18th respectively although the Spaniard seemed to be mostly testing aerodynamic details.

The former champions have said they know they have an aerodynamic problem but cannot fix it in the wind tunnel, meaning they have to try out potential solutions on race weekends instead.