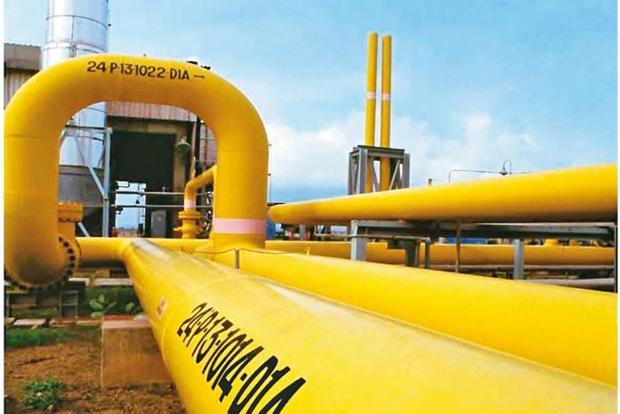 Gujarat Gas, controlled by Gujarat State Petronet, was earlier looking to pick a minority stake in VGL from GAIL Gas.

Ahmedabad: Gujarat Gas Ltd (GGL), India’s largest city gas distribution (CGD) company, is looking to pick up the entire 50% stake of GAIL Gas in Vadodara Gas Ltd (VGL), according to three senior government officials close to the development. The deal size is expected to be about ₹200-250 crore for an enterprise valuation of about ₹500 crore of VGL, two of these officials said.

GGL, controlled by Gujarat State Petronet Ltd (GSPL), was earlier looking to pick a minority stake in VGL from GAIL Gas. However, it has recently decided to pick up the entire stake of Gail Gas in the entity, the officials said.

GSPL is a subsidiary of Gujarat government owned-Gujarat State Petroleum Corp. Ltd (GSPC). A few months ago, Gujarat Gas roped in SBI Caps for a valuation of the entity, said a senior GSPC official on condition of anonymity.

“The matter is between GAIL Gas and Gujarat Gas and it is for them to take a final call in the matter,” said Shailesh Naik, commercial director, VGL.

While GAIL Gas, a wholly owned subsidiary of GAIL (India) Ltd, has agreed to sell 50% stake to Gujarat Gas, a restrictive clause in the 50:50 JV agreement between GAIL Gas and local civic body Vadodara Mahanagar Seva Sadan (VMSS) does not allow either of them to sell more than 20% to Gujarat Gas.

As a result GAIL Gas has sought an amendment in the restrictive clauses of its shareholding agreement with VMSS. The matter is pending before a standing committee of VMSS which is to take a final call in the matter. The committee is headed by Vadodara mayor Jigeeshaben Sheth who was appointed to the post recently.

“The proposal that GAIL Gas wants to exit VGL by selling their stake to Gujarat Gas has come to us. They have requested for changing the restrictive clause to that effect. We are looking into the matter and within a month or so we will decide about it,” Sheth said over the phone.

A senior executive of GAIL Gas and a Gujarat Gas spokesperson refused to comment on the matter.

Vadodara city has the oldest CGD network in the country that was set up by the local municipal corporation in 1972. In 2013, it formed a 50:50 joint venture company with Gail Gas called VGL as per the Petroleum and Natural Gas Regulatory Board (PNGRB) Act 2006, with an authorized share capital of Rs.215 crore. VGL had outlined a capital expenditure plan of Rs.200 crore in the first five years wherein it would take the number of household connections from 75,000 in 2013 to 180,000 in 2018, according to information available on GAIL Gas’ official website.

“However, VGL has only added about 30,000 households in this period. Vadodara is a pioneer of pipeline gas distribution for cooking but it is far behind other cities of Gujarat in the development of CGD network. If you look at Rajkot which is comparable to Vadodara in size and population, 70,000 new connections have been added since 2013. In the last ten years since Gujarat Gas started operations in Rajkot, there are about 196,000 household connections in the city,” said one of the three senior state government officials quoted earlier.