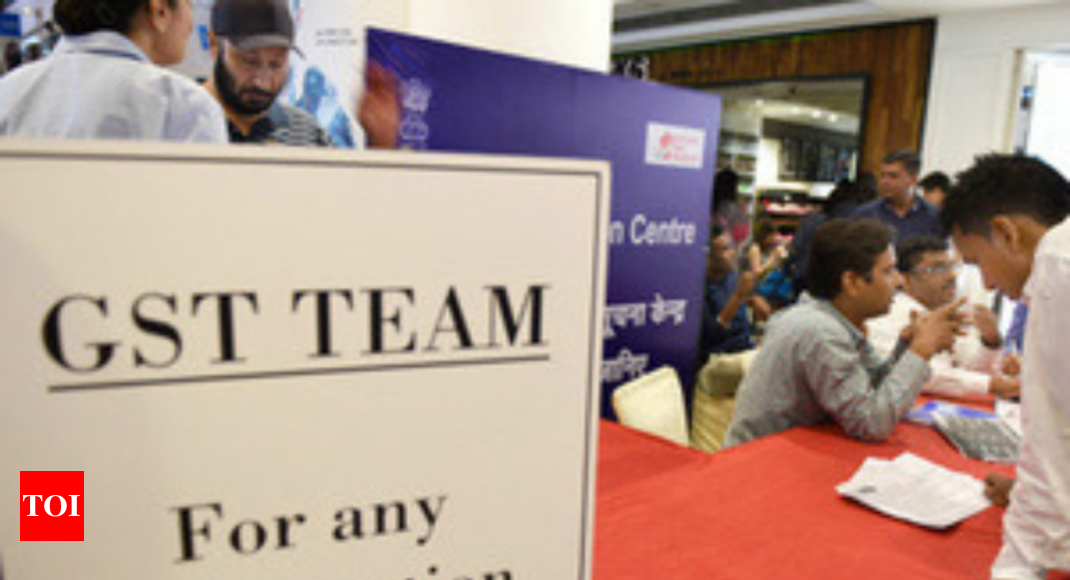 NEW DELHI: One year after India adopted Goods and Services Tax (GST), the results have been mixed.

Hailed as one of the biggest reforms by Prime Minister Narendra Modi, GST has helped increase tax collections in a country where compliance is historically low.

While monthly receipts have picked up after a chaotic roll out, they are still not strong enough to meet the government’s annual tax target. GST brought in an average Rs 97,540 crore a month in revenue, government data reported in the three months to June show, compared with a target of nearly Rs 1.1 lakh crore.

The government needs the revenue from GST to keep its budget deficit in check as PM Modi prepares to ramp up spending on welfare programs from health to farming before general elections next year. The government has already widened its deficit goal for the current fiscal year to 3.3 per cent of gross domestic product (GDP) from 3 per cent, putting pressure on bond yields.

The budget gap may reach 3.5 per cent of GDP this year as GST revenue trails, Suvodeep Rakshit and Upasna Bhardwaj, analysts at Mumbai-based Kotak Mahindra Bank, said in a note on Monday.

But, there may be signs of improvement. Nomura Holdings analysts say the introduction of e-way bills for transporting goods between states has led to a rise in GST collections, giving them confidence that the budget targets will be met. Finance Minister Piyush Goyal said on Sunday tax collections are expected to pick up during the rest of the year and the government will likely raise Rs 13,000 crore from GST.

Tax-to-GDP ratio touched its highest level of 11.6 per cent last fiscal year, according to a report by the Centre for Monitoring Indian Economy (CMIE), a Mumbai-based business information company. This is seen rising further to 12.1 per cent this year.

“Collections are definitely improving,” said Pratik Jain, partner and national leader for indirect tax at PwC India. “That said, it is still lower than the budget for 2018-19.”

Introduction of the tax last year — with four different rates instead of the single rate adopted in countries including the UK and Singapore — led to uncertainties because of an onerous reporting system and frequent policy changes, disrupting supply chains and in turn consumption, which acted as a drag on economic growth. Overcoming those teething problems may help lift tax collections.

But the upcoming elections pose a different threat. The number of goods and services attracting the highest rate of GST were pruned before state elections last year, and with polls due in some more states this year and for parliament in early 2019, more such tweaks can’t be ruled out. That may hurt revenue.

The government could move certain items currently attracting 28 per cent GST to the 18 per cent group, MS Mani, a partner overseeing GST at Deloitte India said, referring to the different tax rates, also known as slabs. The government could also merge other categories in a couple of years.

While introduction of GST promised predictability and stability by replacing about a dozen federal and state levies to make India a single market, there’s room for improvement.

“India is little far away for moving to a single rate slab for GST compared to advanced economies such as Singapore and Australia,” Mani said. “Indian conditions are diverse and it is home to poorest of poor and richest of richest making it difficult for a single rate slab in the near future.”