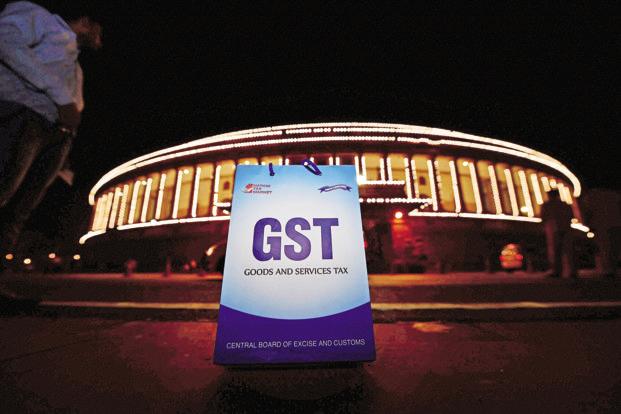 The CGST exemption will be a major relief for small companies that form the backbone of the rural economy and create jobs for millions of people. Photo: PTI

New Delhi: Small businesses, with annual sales of as much as ₹ 1.5 crore, may not need to pay central goods and services tax (CGST), or may get a refund of the same, if the GST Council clears the proposal at its meeting on Saturday. The Union government is in talks with states on the issue, a person familiar with the matter said on condition of anonymity.

Under the indirect tax system that prevailed before GST, the central government taxed goods at the factory gate (called excise duty), while the states levied value-added tax (VAT). GST replaced both, with a central GST that goes to the central government and a state GST that goes to state coffers. Businesses with revenue of up to ₹1.5 crore did not have to pay excise duty under the previous regime, and a waiver or exemption on CGST now will restore the relief that was available to them earlier.

The state GST (SGST) that these entities pay will, however, remain as they were not exempt from VAT either. Hence, they will have to retain their GST registration, the person mentioned earlier said on condition of anonymity.

The CGST exemption will be a major relief for small firms that form the backbone of the rural economy and create jobs for millions of people. These entities had faced a liquidity crunch and business disruption following the withdrawal of high-value currency notes in November 2016. The central government hopes the tax relief, along with the recent tax cut on consumer items such as washing machines and air conditioners, will stimulate demand and boost economic growth and revenue receipts.

“An exemption of CGST will require a change in law, but if the relief is given through a refund mechanism, it could be done through a scheme with a change in rules that does not require Parliament’s approval,” the person cited above said. The idea is to bring the change without making changes to the pillars of the new indirect tax system.

To be sure, the decision has to be taken by the Council, the apex body on indirect taxes. The Council has so far received over a hundred suggestions on various procedures and is getting more every day.

Experts, however, said exempting or refunding CGST while retaining SGST could pose technical challenges. “This could pose operational difficulty and its benefits need to be examined in depth before taking a decision,” said Bipin Sapra, a partner at consulting firm EY.

A withdrawal or exemption of CGST may, however, be seen as going back on the basic GST premise of taxing goods and services equally by both the central and state governments.

Other proposals before the Council include giving registration relief to small businesses with less than ₹20 lakh sales, which are required to take GST registration because they make inter-state sales either by themselves or through e-commerce platforms.

The GST Council at its last meeting in July decided to let firms with up to ₹5 crore in annual sales file tax returns quarterly, rather than monthly, while continuing to pay taxes every month.

Small businesses play a key role in the economy, especially in supporting the manufacturing industry.

According to data available with the government, more than 63 million micro, small and medium enterprises in the country are engaged in manufacturing, services and trade—more than half of which are in rural areas— and account for about 110 million jobs.

They also contribute about 29% to the country’s economic output.