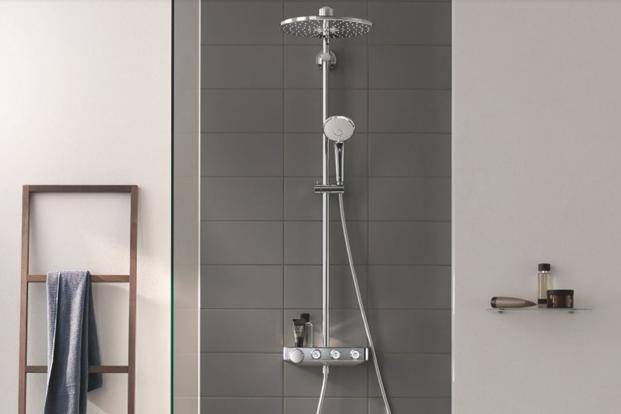 Lixil, which makes sanitaryware under American Standard and Grohe brands in India, has just 2-3% volume share in India at present.

“We aim to capture 15-20% share of India’s ceramics market in 2-3 years. This would make India the second largest market for Lixil, outside of home Japan, after China. In about 10 years, India will be the third largest, after the US and China. Japan accounts for about 70% of the company’s business,” said Mohan.

Lixil, which markets faucets, wash basins, bath tubs, shower fittings, urinal fittings and other sanitary products under brands like American Standard and Grohe in India, has just 2-3% volume share in India at present. The company does not disclose sales numbers for the Indian market, and most of its sales here come through sales of products of its German subsidiary Grohe.

India is among the smallest markets for Lixil at present. Lixil Group Corporation reported ¥1.66 trillion revenue in the financial year ended March 2018, according to its filings with Tokyo Stock Exchange.

Lixil, which acquired Hyderabad-based Sentini Sanitarywares Pvt Ltd along with its recently built sanitaryware plant in Andhra Pradesh in January, started commercial production at factory—its first in India—last week. The company will invest about ₹ 400 crore at the factory in phases. The initial investment at the factory is ₹ 150 crore.