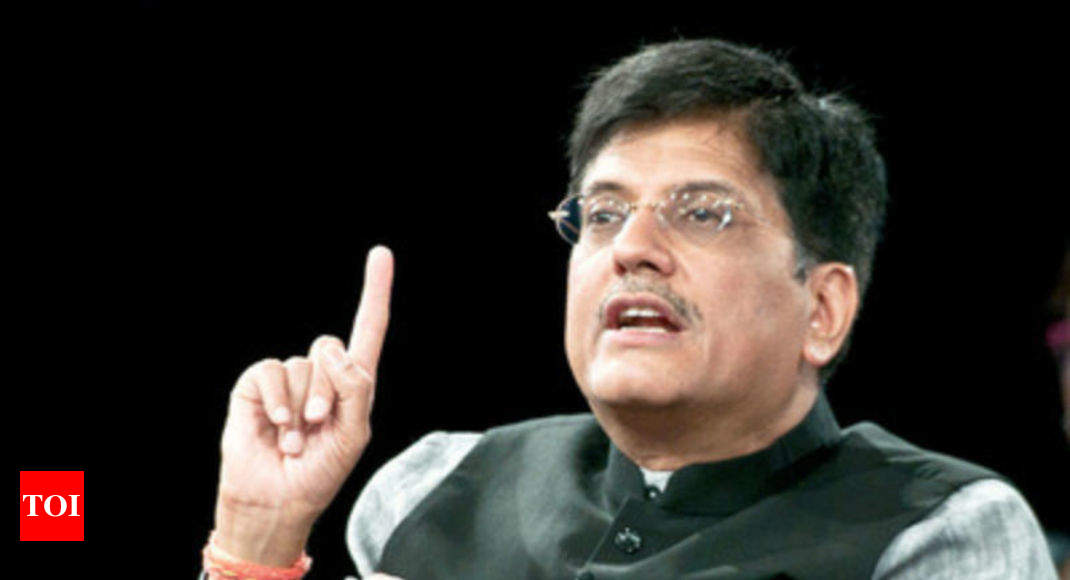 NEW DELHI: Finance minister Piyush Goyal has said India will be able to restrict the fiscal deficit below the budgeted level of 3.3 per cent of GDP in 2018-19, which has hit 55 per cent of the annual target in the first two months of the financial year.

He said the revenues from Goods and Services Tax (GST) in the current fiscal is expected to exceed Rs 13 lakh crore as the full benefits of electronic way of e-way bill starts flowing in.

“There is a perception that fiscal deficit will not be met, but I feel, that we will actually do better than our budgeted fiscal deficit,” Goyal told reporters here.

The government has budgeted to contain fiscal deficit at 3.3 per cent of GDP in current financial year which began in April, lower than 3.53 per cent in 2017-18 fiscal.

Fiscal deficit, which is the difference between revenue and expenditure, stood at Rs 3.45 lakh crore during the April-May period, or 55.3 per cent of the budgeted target for the fiscal year 2018-19.

“By the time the year ends, GST revenues would cross Rs 13 lakh crore. We have not yet got the full benefits of e-way bill. So I feel there will be more improvement in revenues and some relief in taxes can be given,” Goyal said.

In the first year of GST in 2017-18, the government earned Rs 7.41 lakh crore from the tax since its rollout in July. The average monthly collection was Rs 89,885 crore.