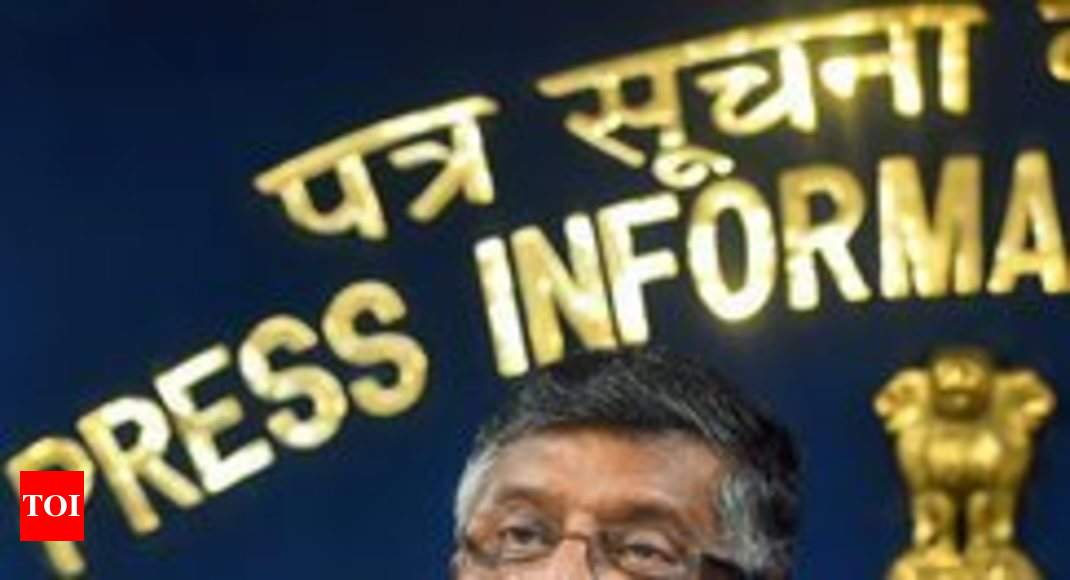 NEW DELHI: Law and IT Minister Ravi Shankar Prasad on Thursday said he will hold discussion with stakeholders, including political parties, to evolve a policy to deal with the menace of misuse of the social media.

He said this in the Rajya Sabha in response to a suggestion in this regard by Chairman M Venkaiah Naidu, after several members expressed concern over the misuse of the social media and the lynching incidents.

“The issue of misuse of social media is a larger issue and also a sensitive and serious one. We cannot come to a conclusion on one side. You cannot take unilateral action also,” Naidu said after JD(U) member Harivansh raised the matter in the House.

The Chairman said he could only suggest to the government to hold discussion with all stakeholders, including political parties, and then try to evolve a national policy as “this will have international ramification also”.

“Let him (Prasad) hold discussion with all stakeholders, including the political leadership” and come out with some solution, Naidu said.

To this, Prasad said a notice has been issued to a social media platform and they have reverted.

“…you are equally responsible for your technological platform if it is being used in large scale for abuse. They have reverted to me…,” the Minister said, adding that as suggested, he would be holding consultations.

Earlier, the JD(U) member said as many as 33 people have lost their lives in the recent years due to rumours spread on the social media.

Sukhendu Sekhar Ray (TMC) said that social media sites have off late become “anti-social sites” and talked about the incidents of lynching. He called upon the government to come up with a comprehensive policy in this regard.

D Raja (CPI) said that in the name of cow protection and ‘love jihad’, violence was being unleashed. He alleged that Dalits and minoritis were being targetted in the lynching incidents.

In the same vein, senior Congress leader Anand Sharma said rumours were being spread, leading to the killings. He alleged that there was a breakdown of law and order.