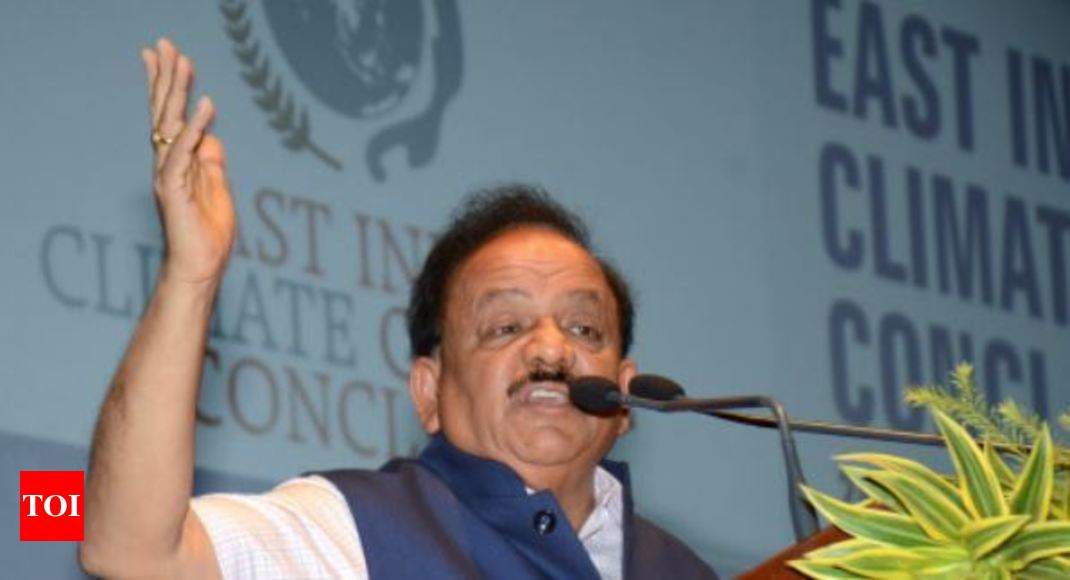 NEW DELHI: The government is taking several steps to further improve the accuracy of predictions made by the meteorological department, Union minister Harsh Vardhan said.
The Earth Sciences Minister told the Lok Sabha that the India Meteorological Department (IMD) has predicted a normal monsoon during the current southwest monsoon season.

“Rainfall over the country as a whole for the 2018 southwest monsoon season (June to September) is most likely to be normal (96 per cent to 104 per cent of long period average),” he said during Question Hour.

Vardhan noted that the absolute error of the IMD’s monsoon forecast for seasonal rainfall has shown significant decrease after the implementation of the new statistical ensemble forecasting system in 2007 compared to previous years.

The IMD was able to correctly predict the deficient monsoon rainfall experienced during 2014 and 2015, the minister said, adding the government has taken various measures to upgrade the IMD forecast system to “further improve prediction accuracy”.

“Systematic efforts are being made to fruther improve statistical forecasting system,” he said.

Under the Monsoon Mission, a new dynamical prediction system for long range forecasting of Indian monsoon has been implemented by the IMD.

“The IMD is working to improve the skill of this dynamical prediction system in collaboration with Indian and foreign academic institutions,” Vardhan said.