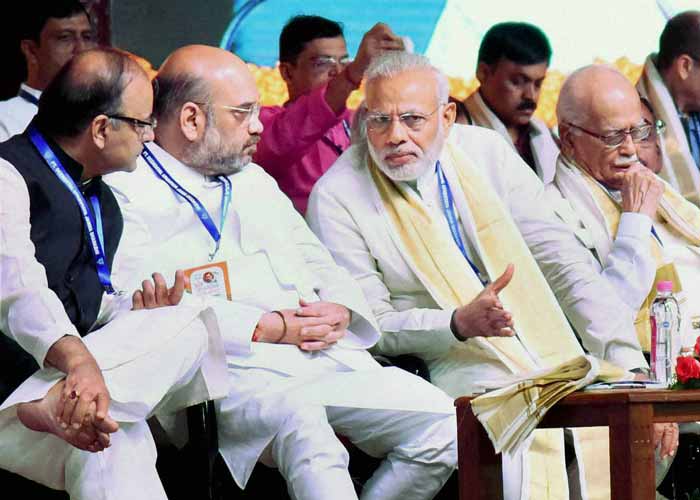 The government on Wednesday said it could concede to the Opposition’s demand to send the triple talaq bill to a select committee of Parliament but only after a debate in the Rajya Sabha.

Finance Minister Arun Jaitley accused the Congress and some other Opposition parties of “double standard” — for supporting the Muslim Women (Protection of Rights on Marriage) Bill, 2017, or the triple talaq Bill in the Lok Sabha but attempting to stall it in the Rajya Sabha by asking that it be sent to a select committee.

Mr. Jaitley said this at a meeting of the BJP’s parliamentary party in the presence of Prime Minister Narendra Modi and BJP president Amit Shah.

“Arunji said that while the Congress and some others supported the Bill in the Lok Sabha, the situation in the Rajya Sabha was different where these parties were acting in tandem with the Left to block the Bill. He also said that when he was Law Minister in the first NDA government, when certain offences under the Domestic Violence Bill were to be considered bailable, Left feminist activists moved the Supreme Court to make these offences non-bailable. When it comes to criminalising certain laws related to Hindu, Sikh or Christian marriages, the opposition is not that great, only when it comes to Muslim marriages this is so. The Congress and the Left are ideologically confused on this issue, a Bill that seeks gender justice,” said an MP who was present at the meeting. Other Ministers too spoke at the meeting, with the Prime Minister and Mr. Shah remaining silent.

Minister for Minority Affairs Mukhtar Abbas Naqvi castigated the Congress and the Opposition for spreading “disinformation” that the Modi government was against minorities. “Under the previous UPA regime, Saudi Arabia cut the Haj quota from India to as many as 25,000 visas, while the Modi government negotiated an overall enhancement of our Haj quota to 36,000 visas,” he said. He also said that it was the Modi government that had made progressive changes in the Haj policy, allowing females unaccompanied by males to make the pilgrimage,” he said.

Minister for Social Justice and Empowerment Thawarchand Gehlot led the parliamentary party through the intricacies of the OBC Bill that had to be re-introduced in the Lok Sabha on Wednesday as some amendments moved by the Opposition were cleared by the Rajya Sabha. This was considered the last meeting of the parliamentary party for this session that ends on Friday.