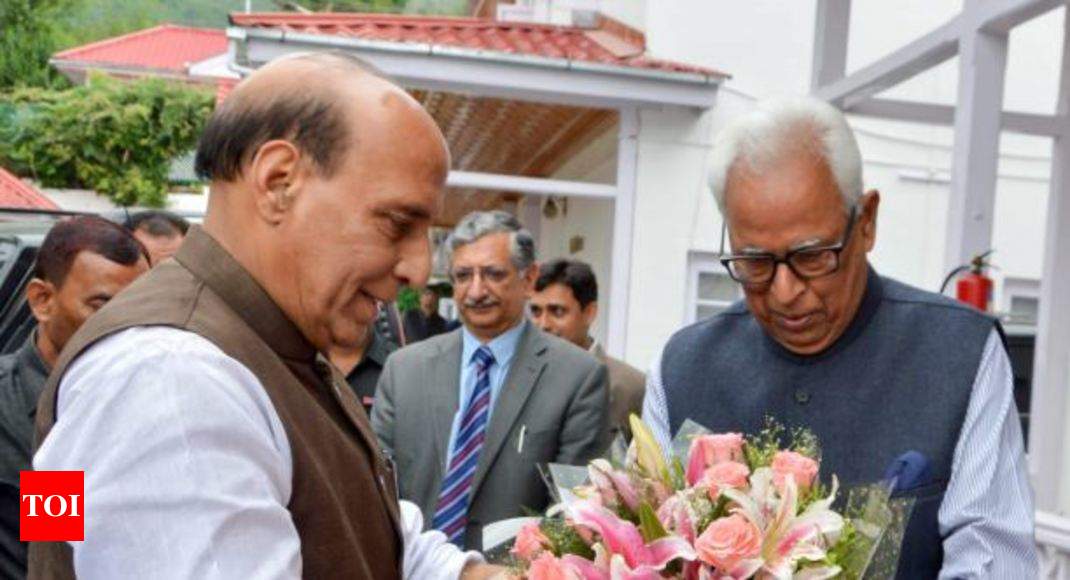 NEW DELHI: The Centre is preparing the ground to hold much-overdue local body elections in Jammu & Kashmir while it is still under governor’s rule, starting with urban local body polls followed by panchayat polls.

Home minister Rajnath Singh, who reviewed the security situation and development issues related to J&K at a meeting in Srinagar on Thursday, stressed on the need to percolate central funds and development to the grassroots level through empowerment of local self-governments. While municipal polls were last held in J&K in 2005, panchayat polls have not been held in the state after 2011.

“The home minister has indicated the way forward, use the window of governor’s rule to hold polls to urban local bodies and panchayats, followed by their empowerment through flow of central funds for development works…,” a central government functionary said.

“The first set of polls, most likely to urban bodies, may be held in September or October. Depending on how the municipal polls go, a call will be taken on timing of panchayat polls,” an official said.