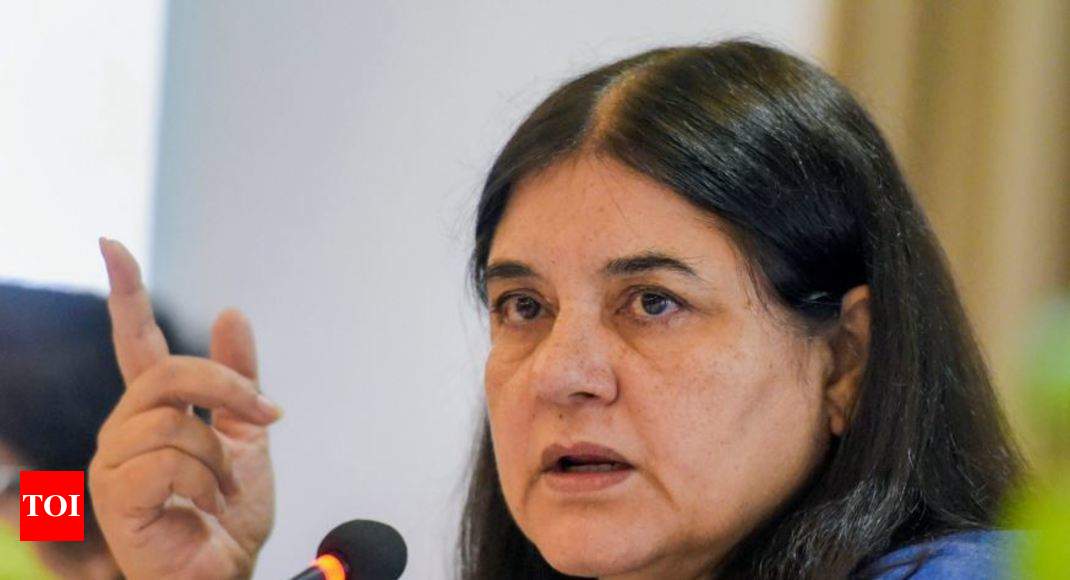 NEW DELHI: The government is all set to bringing an amendment to the Juvenile Justice Act for making district magistrate as the competent officer for approving adoptions, instead of civil courts. The proposal is likely to be put up before the Cabinet on Wednesday.

The ministry says this shift is an attempt to prevent long delays in courts and expedite adoption. “We are bringing in an amendment to the JJ Act for making district magistrate/collector as the competent officer for approving adoptions, instead of courts, Maneka Gandhi said at a meeting with ministers from states to review the progress on various centrally sponsored schemes.

He pointed that it was felt that the civil courts were already burdened with a vast case load and often matters such as adoption keep getting delayed. Officials point out that there are cases pending for years even though there is a stipulated timeframe for adoption. It is also felt that since the district magistrate is in-charge of a district and has access to all departments it may be easier for the person on the post to seek documents or verify facts on the ground faster.

“Section 66 of the #JuvenileJustice Act mandates all Child-Care Institutions to be registered, linked to @CARAWCD and the children be placed for Adoption,” Gandhi added.

On Monday, Gandhi had directed the state governments to inspect all the childcare homes run by the Mother Teresa-founded Missionaries of Charity (MoC), after cases of alleged illegal adoptions carried out by one such homes in Ranchi came to light. Gandhi also directed the states to ensure that all the childcare institutions (CCIs) are registered and linked to the country’s apex adoption body within a month.