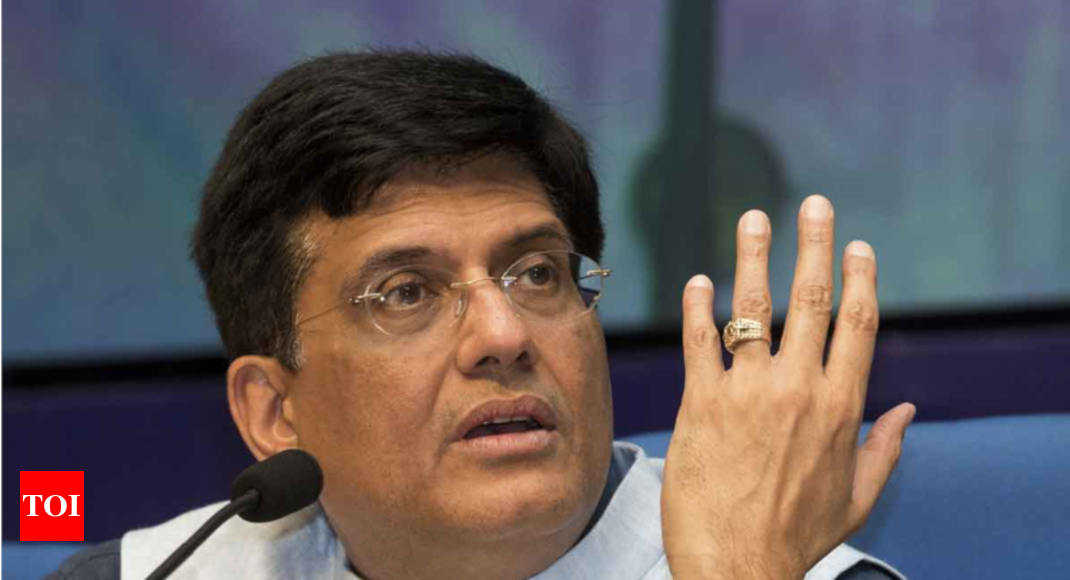 MUMBAI: In an act of reconciliation with the Reserve Bank of India (RBI), officiating finance minister Piyush Goyal has indicated that the government was open to addressing the RBI’s grouse of not having powers to regulate public sector banks. This is a climbdown from its earlier position when the finance ministry insisted that the central bank had adequate powers.

In the aftermath of the Nirav Modi scam at the Punjab National Bank (PNB, the finance ministry and the RBI governor Urjit Patel had traded charges on lack of accountability and lack of powers. Patel had responded to indirect allegations that the RBI had failed to detect the scam.

Speaking at the State Bank of India’s 5th banking conclave, Goyal said, “As regard the RBI powers, we are examining it and that’s an issue that we will sit with the RBI and will sort out. The government has an open mind on this issue.” He added that the government was willing to put in whatever capital was required into public sector banks.

Goyal said that he has also discussed with banks a strategy for encashing some of their non-core assets quickly. “I understand some of the public-sector systems will take time till these assets can be sold through a transparent mechanism can be converted into capital for banks. We are working to see if we could look at an intermediate solution for that,” said Goyal.

When questioned on an earlier Budget proposal made more than a decade ago to bring down government stake in PSU banks, Goyal said there is absolutely no proposal to reduce government shareholding below 51%. “They will continue to be PSBs with 51% holding in all the 20 banks that are under the Banking Regulation Act,” Goyal added.

He said that the Sunil Mehta committee, constitute to look into a solution for the bad loan pile-up in public sector banks, had recommended setting up a bad bank-type asset management company (AMC) to resolve the bad loan problem. “They have also done an analysis of the capital requirement and we are working in tandem with the team to see what needs to be done,” said Goyal.