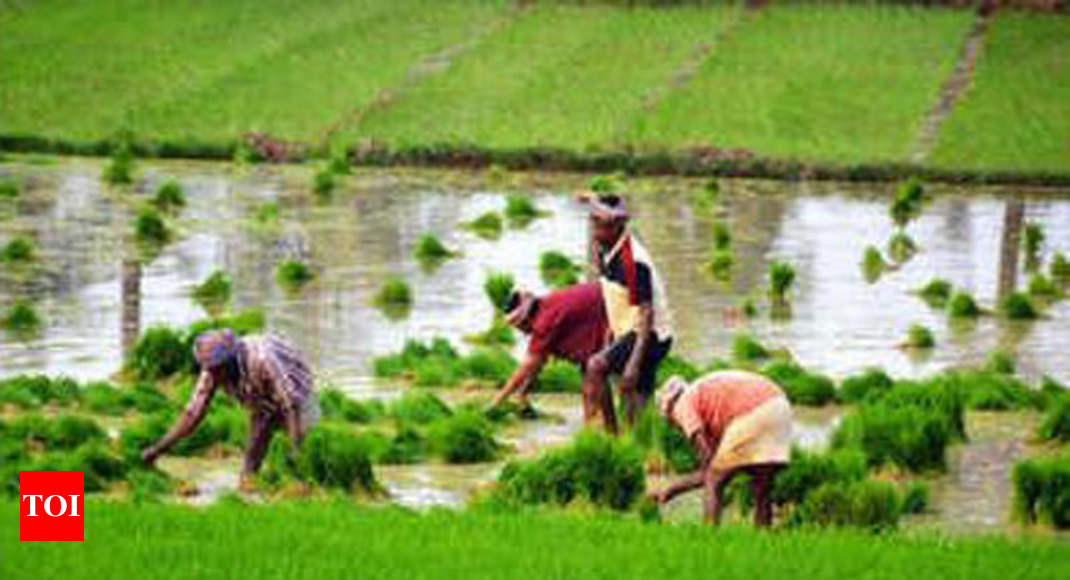 NEW DELHI: To woo distressed farmers ahead of 2019 general polls, the government plans to announce a sharp increase in the minimum support price (MSP) of paddy, the key kharif crop, by 13 per cent to Rs 1,750 per quintal for the 2018-19 crop year, sources said.

The MSP of the other 13 kharif (summer-sown) crops are also expected to be increased sharply, they said.

A decision in this regard will be taken during the week. Prime Minister Narendra Modi had last week announced that the the Cabinet will approve the hike in MSP to at least 1.5 times of the production cost in the forthcoming meeting.

According to sources, the government has delayed the announcement of MSP of kharif crops, the sowing of which has already begun, as it was weighing whether to take such a big political decision considering huge financial burden on the exchequer, the sources said.

The agriculture ministry has proposed higher rate than what has been recommended by the government advisory body CACP considering growing farm distress because of fall in prices of most crops owing to bumper production, they said.

In this year’s general budget, the government had announced that it would fix a support price at least 1.5 times of the cost of the production. This was the BJP’s poll promise in 2014 general elections.

According to sources, about Rs 200 per quintal increase has been proposed in the MSP of paddy (common grade) for the 2018-19 crop year (July-June).

Normally, the MSP is announced just before the start of the sowing to help farmers choose the crop they want to sow. Sowing of kharif crops begins with the onset of southwest monsoon and harvesting from October.

Farm experts are of the view that the sharp increase in the paddy MSP could further boost India’s rice production, which touched an all-time high of 111 million tonnes in 2017-18 crop year and the output is much more than the domestic demand.

The cultivation of paddy, which is a water guzzling crop, needs to be discouraged and not promoted, they said, adding that higher rice production will lead to increase in government procurement and swelling of the food subsidy bill.