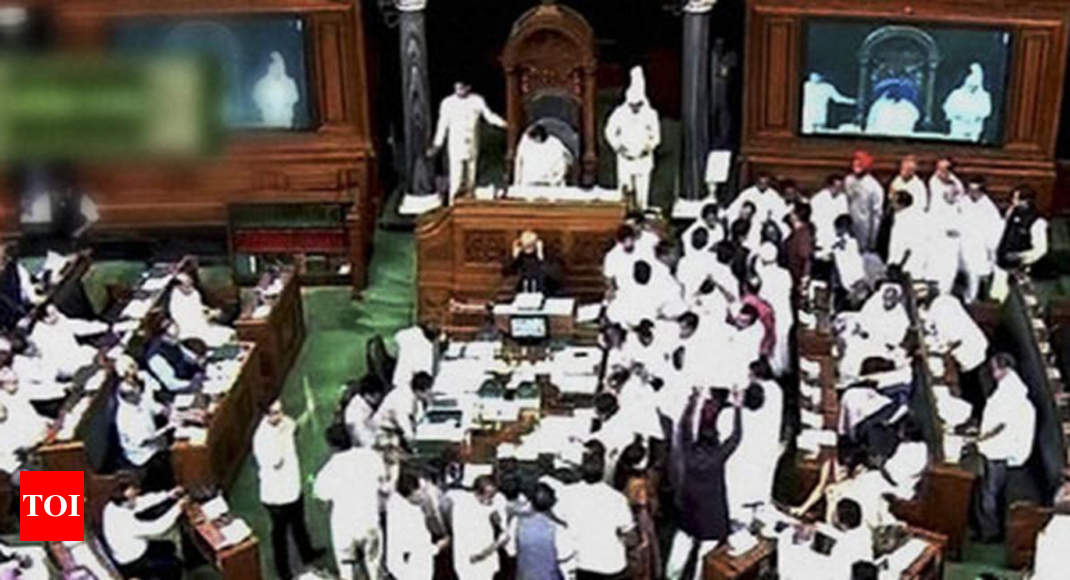 NEW DELHI: A bill seeking to empower district magistrates to pass orders for adoption of children to reduce the time taken for issuing such directions, was introduced in the Lok Sabha on Monday.

Currently, there is an inordinate delay in issuing adoption orders by the courts due to “heavy work load”.

Against this backdrop, the Juvenile Justice (Care and Protection of Children) Amendment Bill, 2018, was introduced by Women and Child Development Minister Maneka Gandhi.

As of July 20 this year, as many as 629 cases relating to passing of adoption orders are pending in various courts.

The bill seeks to amend the Juvenile Justice Act to empower district magistrates to issue orders for the purpose of adoption.

“This would ensure timely processing of adoption cases and provide orphaned, abandoned and surrendered children with familial care and protection,” the bill’s Statement of Objects and Reasons said.

Besides, the bill provides for transferring of all the proceedings pending before any court relating to adoption orders under certain provisions of the Juvenile Justice Act to the district magistrate having jurisdiction over the concerned area.

“Due to delay in issuing the adoption orders by the courts, the child continues to languish in the child care institutions, even after getting a family,” the statement said.

Under the Juvenile Justice Act, the adoption proceedings should be disposed of by the court within two months from the date of filing of an application.

The Act came into effect from January 15, 2016, with comprehensive provisions for the children allegedly found to be in conflict with law as well as those in need of care and protection.