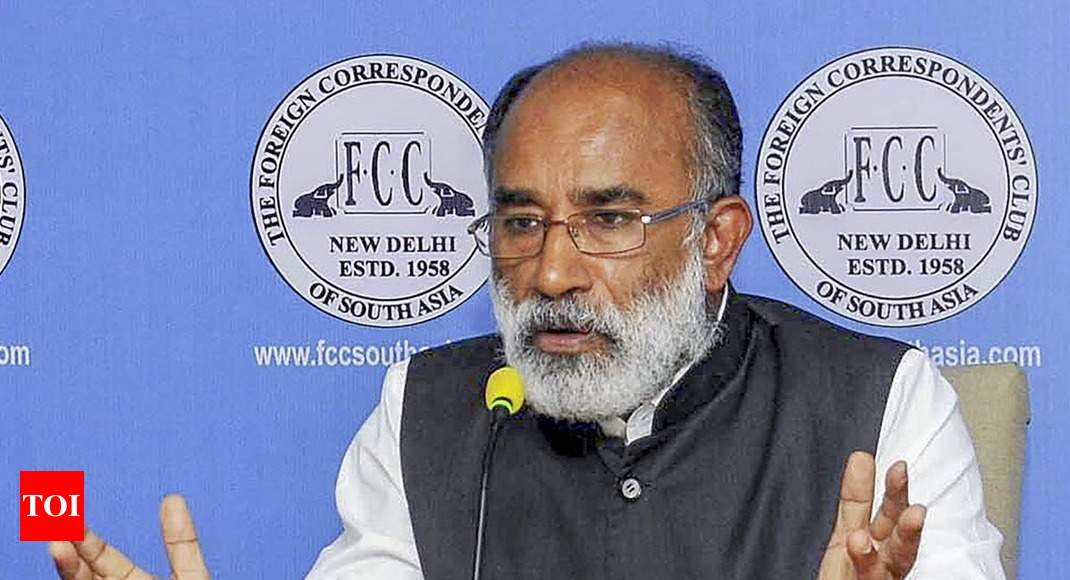 KOCHI: A day after the National Commission for Women (NCW) recommended a ban on the Christian sacrament of confession, junior Union tourism minister Alphons Kannanthanam on Friday chose to distance the Centre from the NCW chairperson’s statement.

“The central government has no connection with the stand taken by Rekha Sharma. It’s a personal opinion of the NCW chairperson,” Alphons said in a statement issued through his Facebook page. He said he has sent letters to the PM and Union home minister urging them not to accept the NCW report suggesting the ban. NCW has submitted a report on the two sex scandals in Kerala churches to Centre.

BJP leader George Kurian, who is the vice-chairperson of the National Commission for Minorities, in his letter to the PM and Union home minister, has pointed out that the recommendation is in violation of Articles 14, 21 and 25 of the Constitution. The solution lies in punishing culprits abusing the system, not abolishing a belief system based on an isolated incident, he said.

The Christian community across Kerala denounced the NCW recommendation, saying the proposed move would violate one of the holiest sacraments of the church. “It amounts to insulting the practice of sacrament of confession in the name of an isolated incident which is yet to be proved,” Kerala Catholic Bishops’ Council president Archbishop Soosa Pakiam said.

(With inputs from Thrissur and Kottayam)