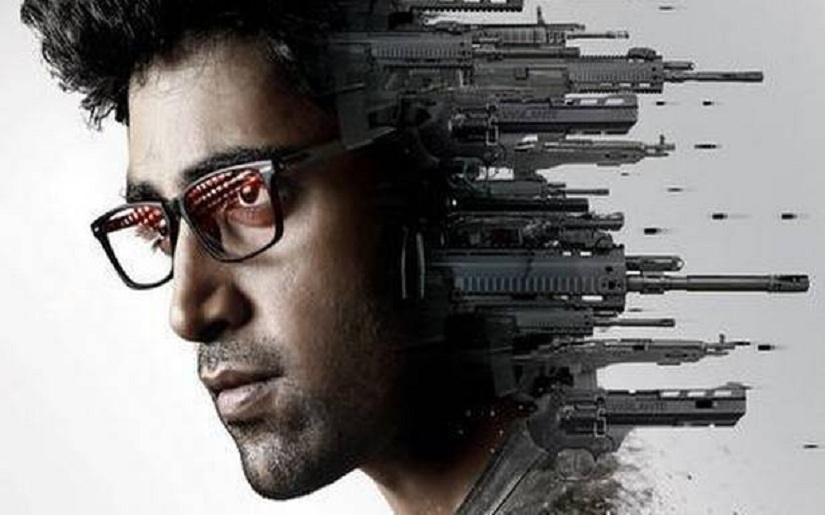 Goodachari is a fast-paced, edge of the seat spy thriller that’s also quite emotional. Look, I’m not trying to exaggerate, but it’s been a while since I’ve seen a film that made me want to check my pulse right after watching it.

The film opens with a failed mission, where Satya (Prakash Raj) reports to the head of secret service division that their entire mission and the Trinetra team have been compromised. Soon, the team is disbanded, and Satya makes everyone believe that he and a young boy named Gopi have passed away in an accident. Twenty years later, the young boy, who’s now named Arjun (Adivi Sesh), wants to serve the country just like his father, and so he applies for every government job there is, including foreign affairs, RAW, among other things. One fine day, his childhood dream comes true, but soon Arjun realizes that nothing is what it seems like. The rest of the story is about how Arjun navigates this new world filled with secret agents, covert operations, among other things. If I could draw an analogy, the structure of Goodachari is quite similar to the mood and intensity of Christopher Nolan’s Dunkirk.

While the latter has three segments, where action unfolds on ground, water, and air, in Goodachari this is replaced with three segments in Arjun’s life – where he’s a kid haunted by the memories of his late father, a youngster whose sparkling romance with a psychologist is too good to be true, and then, a spy who’ll do anything to prove his calibre. As the narrative navigates these three segments of Arjun’s life, so does all the other elements, including the cinematography and music. Nothing is static in Goodachari, and the whole race against time, combined with an explosive action choreography and slick editing, feels like an ode to Nolan’s Dunkirk.

Director Sashi Kiran Tikka wastes no time to set up the story. We are told that a secret organization, Trinetra, an elite force of secret agents, is under threat after all their secrets are leaked to a terrorist organization. Right from the moment when the government decides to shut down the programme, everyone is on the run. The narrative is so fast that it almost turns breathless after a point. Even Arjun’s characterization is established rather quickly – we know that he loves his father, he aspires to be like him, and serve the nation. He applies for a job in 174 different branches of the government; however, as fate turns out, he was meant to follow his father’s footsteps. In what appears to be an inspiration from Kingsman: Secret Service, Arjun ends up discovering a lot of things about secret agents after he’s selected for his dream job.

The casting is superb, right from the lead actors to the supporting cast, including Vennela Kishore, who springs a big surprise in a serious role. Adivi Sesh is terrific in his role as a young spy, where more than his swag and sophistication, what stands out the most is his willingness to bleed for the sake of the mission. Sobhita Dhulipala, who made her debut in Telugu with this film, has quite a well-etched role, and she does complete justice to it. It’s such a relief to see an actress get a lot more than being a romantic interest to the hero, and full credit to Sobhita for pulling it off so effortlessly. Then, there’s Prakash Raj, who is the voice of reason in Sesh’s life throughout the film, and Anish Kuruvilla bringing quite a bit of authenticity to his role as the head of the Trinetra division. Madhu Shalini too makes her screen presence count as a secret agent, and Jagapathi Babu does a fine job in his role.

But hold on, the biggest surprise of Goodachari is Supriya Yarlagadda, who makes her comeback after more than two decades after acting in Akkada Ammayi Ikkada Abbayi alongside Pawan Kalyan. She can land a punch like a boss and she totally looks the part.

It’s also important to note that the team of Goodachari didn’t quite have the budget to make a lavish film, although their vision is no less than a big-budget spy thriller. But you know what, if this is the kind of film they end up making with their meager resources, I can’t even imagine what wonders they could have done if they had access to more budget. Goodachari is not just a well-made spy film, it’s also one of the best action thrillers in recent times. Cinematographer Shaneil and editor Garry perfectly compliment the vision of writers Adivi Sesh, Sashi Kiran Tikka, and Rahul. And then, there’s music composer Sricharan Pakala whose work elevates Goodachari to a mind-boggling experience numerous times.

In the end, Goodachari leaves you with a hope that the secret agent and his tribe will continue to grow, and I really can’t wait to see what the team does next with the characters. This truly might be the beginning of an exciting new franchise in Telugu cinema, but the question is, who’s going to take that leap of faith and bet big on Goodachari’s team? Two big thumbs up for Goodachari. The geopolitics might feel familiar, but Goodachari is so kinetic that it’ll rub its energy on you.