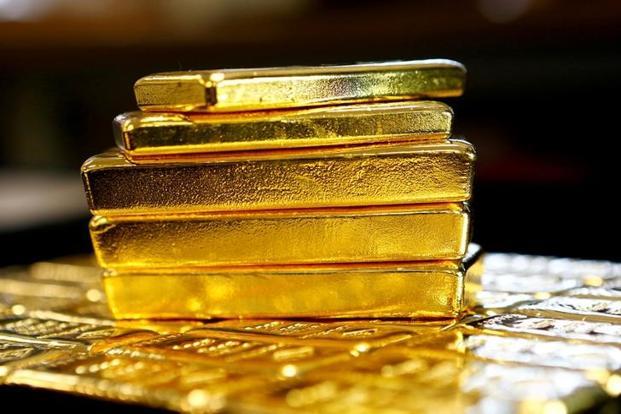 New Delhi: Gold prices fell by Rs 170 to Rs 31,480 per 10 grams on Friday on weak global cues and easing demand in local markets, reported PTI. Moreover, a recovery in the rupee from record lows against the US dollar also put pressure on domestic gold prices. Globally, gold prices recovered from six-month lows amid a weaker dollar, but analysts warned that more weakness was likely in the metal. In Delhi, gold of 99.9% and 99.5% purity softened by Rs 170 each to Rs 31,480 and Rs 31,330 per 10 grams, respectively.

The precious metal had gained Rs 80 on Thursday.

Silver prices also came under selling pressure and lost another Rs 200 to Rs 40,600 per kg owing to lower demand from industrial units and coin makers, added the report.

The Indian rupee strengthened against the US dollar, as a recovery in regional stocks was offset by continued anxiety over the US-China trade dispute and yuan weakness. The rupee opened at 68.66 a dollar. The rupee had on Thursday breached 69 level against the dollar to register a record low.

Global gold prices are on track for a third straight weekly decline, having slipped 1.4% so far this week. Spot gold was down about 3.6% for the month, heading for its biggest monthly drop since November 2016.

The euro jumped more than a half cent after European Union leaders reached an agreement on migration. A stronger euro potentially boosts demand for gold by making dollar-priced bullion cheaper for European investors. The dollar index against a basket of six major currencies slipped 0.6%, having risen to about a one-year high on Thursday.