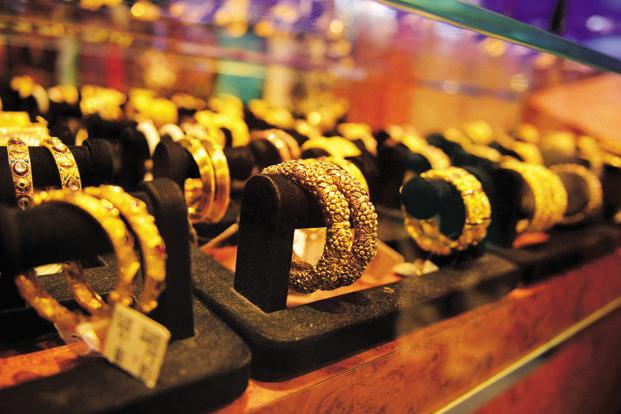 New Delhi: Gold prices tumbled by Rs 290 to Rs 30,340 per 10 grams on Thursday dragged by weak trend overseas and falling demand from local jewellers, reported PTI. In global markets, gold prices also remained weak but clawed back from a 19-month low. Short-covering and a slight softening of the US dollar, following news that US and China will hold trade talks late this month, helped global prices to pullback slightly after falling to 19-month low. Global gold prices, which have largely been pressured by a strong dollar and rising US interest rates, have shed nearly 10% in 2018.

China will send vice commerce minister Wang Shouwen to the US for trade talks in late August, the first official exchanges since earlier negotiations broke down two months ago. Meanwhile, the White House said new tariffs on Turkish goods would remain and President Recep Tayyip Erdogan received a financial lifeline from Qatar that should buy him time in the standoff.

Asian stocks largely reversed losses and US equity futures climbed with Treasury yields, after US and China agreed to resume trade talks in late August. The dollar slipped and the yuan climbed.

The Indian rupee plunged to a fresh record low of 70.40 a dollar after the country’s trade deficit widened to a five-year high as petroleum imports surged. The currency opened at 70.25 and touched an all time low of 70.40 a dollar. So far this year, the rupee has weakened 9.15%.

With inputs from agencies