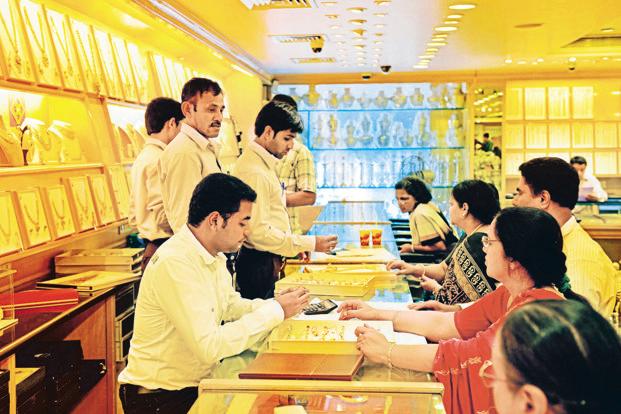 New Delhi: Gold prices jumped by Rs 180 to Rs 30,600 per 10 gram today amid increased buying by local jewellers to meet festive demand and positive global sentiment, reported PTI. In global markets, gold prices surged to a one-week high as the dollar weakened after US President Donald Trump said he was “not thrilled” with the Federal Reserve for raising interest rates. In Delhi, gold rates of 99.9% and 99.5% purity climbed Rs 180 each to Rs 30,600 and Rs 30,450 per 10 grams, respectively. The yellow metal had advanced Rs 170 on Monday. Sovereign, however, remained flat at Rs 24,400 per piece of eight grams.

Analysts said that there are signs that the recent decline in gold prices is attracting buyers in India, the largest consumer of gold after China.

“They are taking advantage of the low prices –- gold in Indian rupees dropped for a time to an eight-month low last week,” Bloomberg quoted Commerzbank AG analysts as saying.