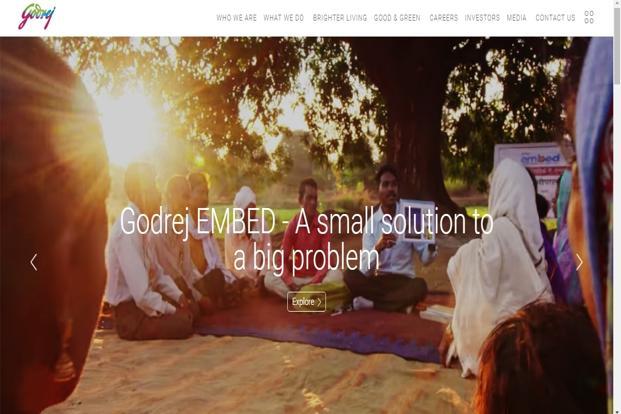 Godrej has 85 such EBOs, which the company wants to increase to 200 in two years.

According to a senior company executive, Godrej hopes it will generate at least 10% of the group’s overall revenue in two years.

The concept of setting up exclusive brand outlets came up following slower growth in metro cities and tier-I towns in 2015-16 which followed demonetization that impacted sales further. For growth, Godrej planned to go deeper in smaller towns and semi-rural markets.

“We realised there’s a huge market left untapped and the traditional distribution does not sell anything beyond the entry-level products. The exclusive brand outlets (EBO), established through franchisee, is a success. The most interesting part is, about 40% of sales at these EBOs come from premium appliances,” said Kamal Nandi, executive vice-president and business head of Godrej Appliances.

At present, Godrej has 85 such EBOs, which the company wants to increase to 200 in two years, Nandi said, adding small towns in states such as Bihar and Uttar Pradesh are growing faster.

“Demand for premium products, such as 450-litre to 600-litre refrigerators and front-load washing machines, is higher in these tier-II to tier-IV towns, compared with the metro markets. The economy there is backed by agriculture and the expected good monsoon will further boost that. What we need is to make premium products more accessible in these smaller cities,” Nandi said.

To support the demand for premium products, Godrej has invested ₹400 crore to ramp up production at its factories in Mohali in Punjab and Shirwal in Maharashtra. The company has increased its capacity of washing machines production to 600,000 units per annum from 400,000 earlier.

With the fresh round of investment, the capacity will now go up to about 3.75 million home appliances—3 million refrigerators, 600,000 washing machines and 150,000 air conditioners per annum at its Mohali and Shirwal factories.

“This capex investment is in line with our vision of being among the top 3 in the Indian appliance industry by 2020,” Nandi said.