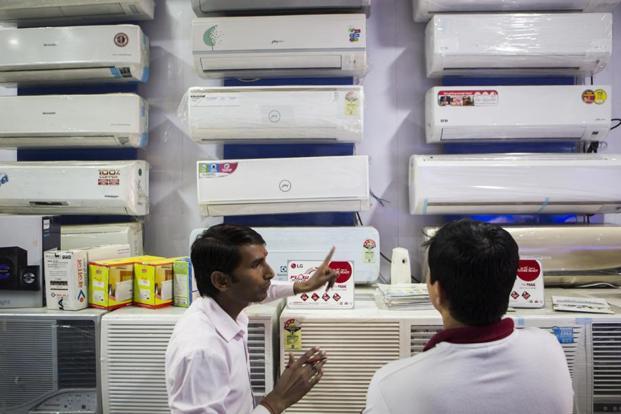 Consumer durables such as washing machines, refrigerators and microwave ovens were earlier placed under the 28% tax slab, which was recently reduced to 18%. Photo: Bloomberg

Mumbai:Consumer durables firm Godrej Appliances on Friday said it has reduced the prices of its washing machines, refrigerators, microwave ovens and chest freezers by 10%, passing the benefit of GST rate cut to consumers.

These products were earlier placed under the 28% tax slab, which was recently reduced to 18%. “Godrej Appliances will be passing on the full benefit of the 10% reduction in GST with immediate effect, providing an increased impetus to the upcoming festive sales,” the company said in a release.

It expects the new prices, coupled with festive consumer offers, good monsoon and revision of the seventh pay commission, to provide a major fillip to festive sales growth to the tune of 12-15% over last year’s festive season.

However, he rued that air conditioners are amongst the 35 goods still left in the 28% tax bracket, and said that he expects the energy efficient variants to be considered for reduction in GST rate.

“Going forward, we are hopeful of revision in the tax for air conditioners, boosting its penetration which is currently a mere 3.6%,” he said.

Meanwhile, another consumer durable major Samsung also on Friday announced reduction in the prices of TVs, fridges and washing machines by nearly 8%.