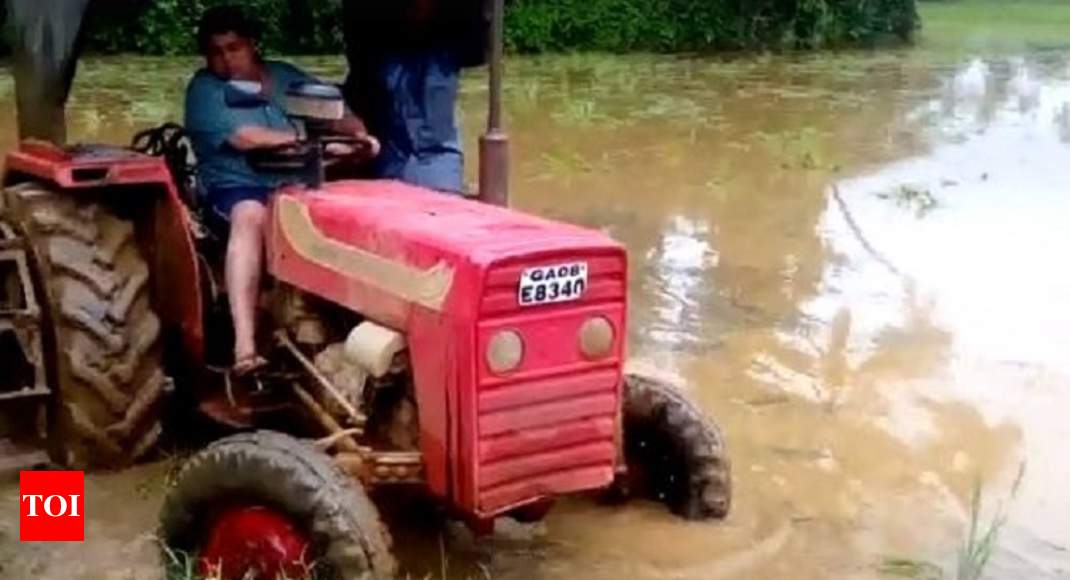 MARGAO: A 25-year-old sarpanch has taken to social media and challenged Goa’s legislators to head to the fields to understand farmers’ problems. Like the #HumFitTohIndiaFit challenge had everyone from cricket captain Virat Kohli to PM Modi sharing workout videos, Aquem-Baixo sarpanch Siddhesh Bhagat’s #FarmingChallenge has caught on, and legislators have got their hands dirty, ploughing and planting alongside farmers.

Revenue minister Rohan Khaunte and Curtorim MLA Aleixo Reginaldo Lourenco accepted and completed the challenge. Agriculture minister Vijai Sardesai too stepped into the fields, but remarked that his exercise was aimed at encouraging Goan youth to take up mechanised farming.

On June 27, Bhagat wrote on Facebook that farming practices could only be understood by going to the fields and not by sitting in air-conditioned offices. “I have noted some issues related to our farmers and will make sure they’re put on the agriculture minister’s table, and I feel he will surely get it done,” wrote Bhagat, who wants the government to promote agriculture. “Together we can make a green revolution. (I) request MLAs, ministers and other officials to visit fields in their constituency.” He invited Lourenco to accept the challenge and upload photos on social media.

The Curtorim MLA did so sportingly, and photos of Lourenco driving a tractor in a field soon went viral. He said it felt good to step into the fields after years. “I love the feeling,” he said. “People want legislators to have a love for agriculture.” He then challenged Khaunte.

On Tuesday, social media was abuzz with photos of Khaunte helping farmers plough fields in Porvorim. He has now passed on the challenge to Navelim MLA Luizinho Faleiro.

Activist-turned-sarpanch Bhagat reckons his #Farming Challenge will spur a revolution. “In other states, farmers march to Parliament or assembly for justice,” he said. “In Goa, let’s make the assembly march towards the fields.”