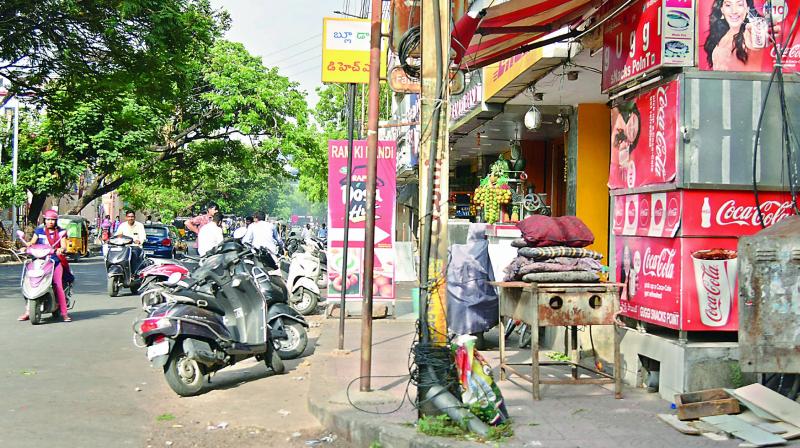 Hyderabad: Even though the removal of 4,699 encroachments on footpaths along main thoroughfares has been welcomed, the GHMC has ignored encroachments in bylanes.

Footpaths in bylanes are not only encroached by shops for ironing clothes, tea vendors and small eateries but also by residents who plant trees and shrubs and construct ramps to facilitate entry of their vehicles into their houses.

The corporation has been ignoring 4,922 km of single lane and 3,212 km double roads in the interiors that can be used by joggers and pedestrians. Due to negligence of deputy commissioners, assistant medical officers of health and enforcement teams of planning officials, most of the footpath space in the bylanes has been eaten up. Besides, the corporation has failed to provide designated vending zones. Mr Ashish Tiwari, a resident of East Marredpally, said the absence of space for pedestrians was dangerous. “Pedestrian safety requires removal of encroachments. In the evenings crowds gather at tea stalls and small eateries and create a nuisance in the area and pose a grave threat to women,” he said. 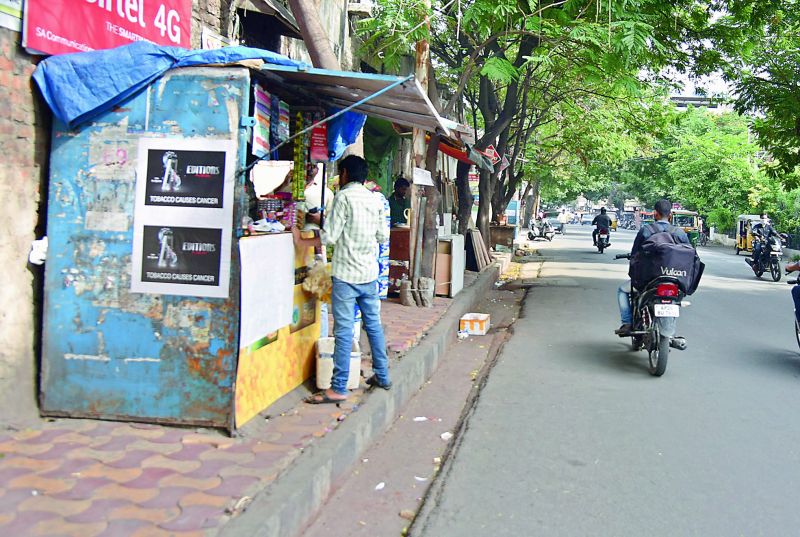 Mr K. Kalyan, a resident of Chirag Ali Lane, Abids, said accidents had occurred in the area due to lack of footpaths. “Particularly in the street leading from Jagadish Market, several pedestrians have been hit by vehicles as there is no space for them to walk. Several representations have been made to the GHMC but there is no action,” he said.

Encroachments by local residents are especially common in prime residential areas of the city, where lawmakers and bureaucrats reside. 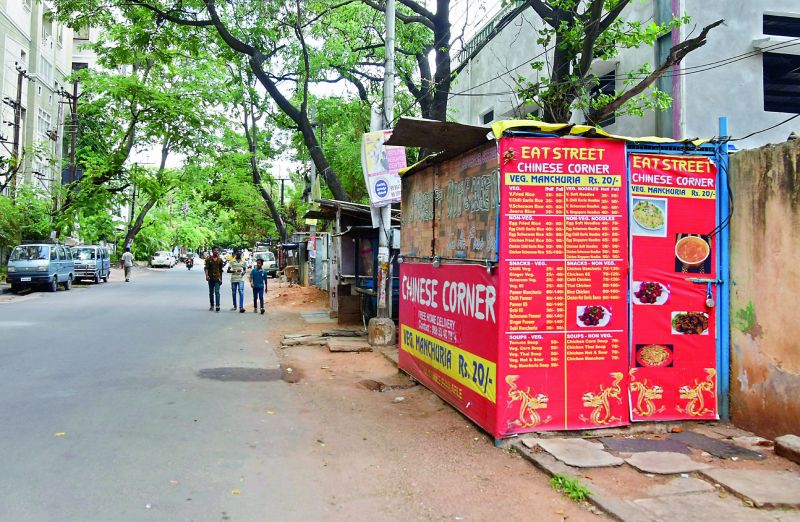 Mr P. Sai Krishna, a resident of MLA Colony, Banjara Hills, said that legislators, former ministers, retired secretaries, and IAS and IPS officers reside in the area. “It is sad to see well-educated, prominent people encroaching on footpaths without any regard for pedestrians. It has become a nightmare for children and the elderly; they are forced to walk on the road where vehicles are driven at great speed.”  Government departments have also encroached on footpaths, especially the electricity department which has installed transformers on footpaths.

Mr Viswajit Kampati, director, Enforcement, Vigilance and Disaster Management, said the corporation was focusing on main roads and did not have the resources to tackle encroachments in bylanes. He said every encroachment would be removed in phases.