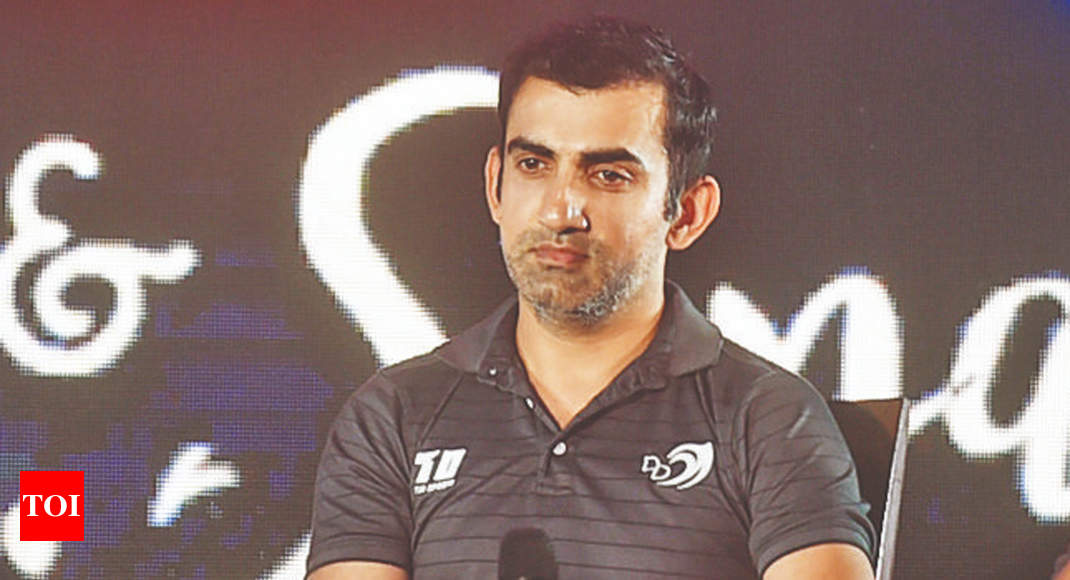 The two-time world cup winner was appointed government nominee last year but Justice Sen made it clear that he won’t be allowed as long as he remains an active cricketer.

However, after Rajat Sharma panel swept to victory in the DDCA elections, secretary Tihara made it clear that they have grand plans for Gambhir.

“The elected members will look after administrative side but cricketing decisions will be taken by cricketer. Gautam is one of the biggest names in Delhi cricket. It’s only natural, he will play a major role. You can put it on record, Gautam will take all policy decisions with regards to cricket,” Tihara said during an interaction at the Kotla.

“How can we forget that after the KP Bhaskar incident, he was summoned for a disciplinary hearing and made to sit outside and wait like a criminal. That’s not how you treat a celebrated cricketer,” the secretary said.

Tihara made it clear that Gambhir’s decision will be accorded due respect and it will be him, who would decide on who all will constitute the Cricket Affairs Committee.

Currently Madan Lal, who lost the presidential elections, is the head of CAC but it is unlikely he will continue. Incidentally, it was Lal who headed the disciplinary committee, that handed a four-match suspension to Gambhir after his altercation with coach KP Bhaskar during 2016-17 season.

“We want former players like Mithun Manhas to also get involved in cricketing decisions along with Director of Cricket Sanjay Bhardwaj,” Tihara said.