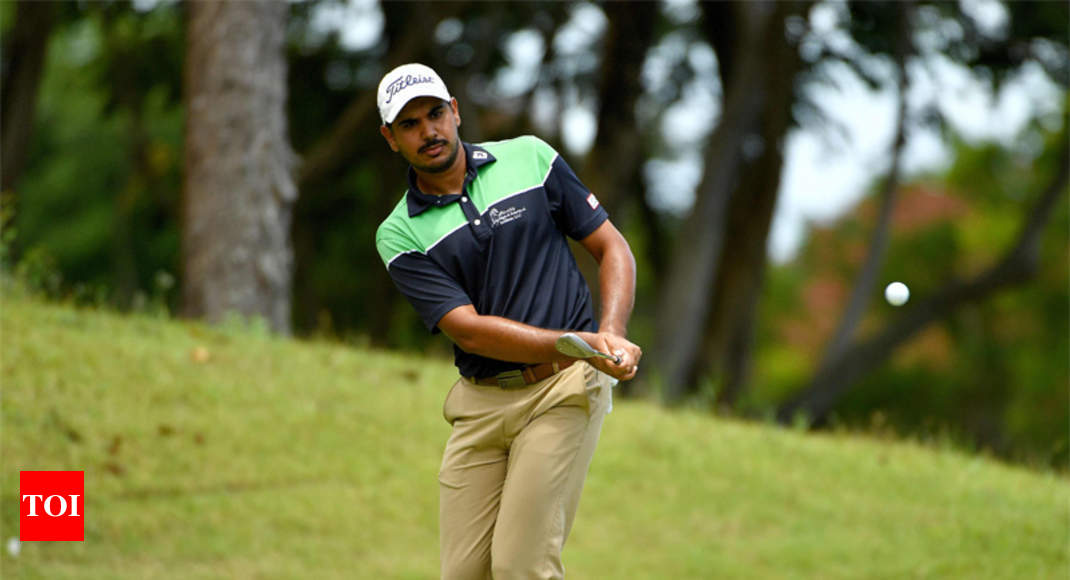 PATTAYA (Thailand): Gaganjeet Bhullar put himself in prime position for his ninth Asian tour title as he carded a second successive six-under 65 to share the pole position with Thailand’s Jazz Janewattananond after the third round of Queen’s Cup here on Saturday.

Bhullar moved from Tied-3rd to share the first position with a total of 15-under 198.

Janewattananond (68), who has just one Asian Tour win, had a share of the lead with Bhullar.

Bhullar, who had blazed through the back nine of the Phoenix Gold Golf and Country Club yesterday with a six-under 29, shot four-under 31 on the same stretch on Saturday.

He was seven-under through 16 holes, before he bogeyed the 17th. He narrowly missed a birdie on Par-5 18th and was joint first. Bhullar has had one bogey each day.

Bhullar said, “I kept the ball in play today. I hit a lot of fairways and a lot of greens. I just kept on giving myself a lot of birdie opportunities. I got my first birdie on the fourth and made a good par save on the sixth. I drove into the water hazard and had to take a drop there. Hit my second shot onto the green and two-putted for par.

“I made a really good birdie on the ninth. I hit my driver off the tee and had about 142 yards to the stick and I hit it to about six inches for birdie there. I made three straight birdies after the turn which was great. The only bogey I had was on the 17th hole and that was a total misread off my club.

“I will just continue to do my own thing and try and repeat what I did in the last 54 holes. The game’s feeling good and hopefully hole some putts.”

The 22-year-old Jazz, had one birdie on second in his first 14 holes and then had three birdies and one bogey in his last four holes.

Pavit Tangkamolprasert of Thailand trails the leading duo by one in third place on his own following a 65.