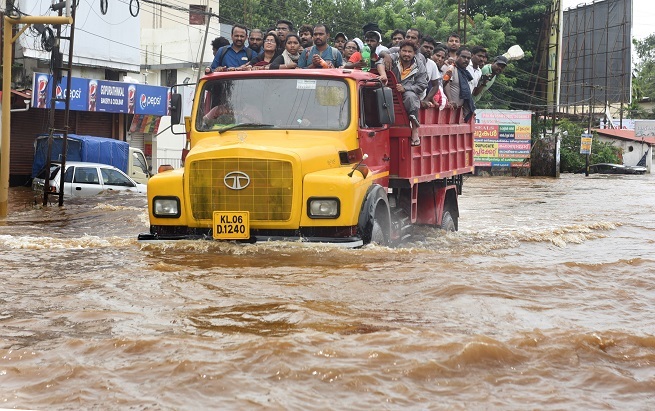 NEW DELHI: Army troops, Navy divers and personnel from several other agencies joined hands with national and state disaster relief forces to rescue hundreds of stranded people from the flood-affected areas of Kerala.

Indian Navy captain P Rajkumar Chakra helped airlift as many as 26 people from a SeaKing 42B helicopter, in extremely challenging conditions hovering between trees and in the limits of man and machine, the Navy said.

— ANI (@ANI) ly submerged house near Chengamanad on Friday afternoon. She was taken to the Navy Hospital at the Southern Naval Command (SNC), where she gave birth to a baby boy.

READ ALSO: Amid the deluge in Kerala, a story of a new life

The young lady and her new born son both are doing fine. God Bless them https://t.co/ysrh1DVUx6

#Update #KeralaFloods2018 Indian Army has made 13 temporary bridges to reconnect 38 remote areas, total of 3627 per… https://t.co/5PmXlTwLRB

Hundreds of people, including the elderly and children, were rescued from flooded areas in Aluva on Friday. Boats and trucks were dropping people near the Marthanda Varma bridge, one of the few locations in the town still above water, in every 10 minutes. Navy personnel also dropped food packets from helicopters for those stuck in high-rises. Over 10,000 people continue to be stranded on top floor and rooftops of houses in the district while 71,633 people have been rescued.

Fishermen from Thiruvananthapuram, Ernakulam, Kollam and Alappuzha have joined the rescue mission in more than 100 country boats in various flood-affected areas in the state. Kerala Swanthantra Matsyathozhilali Federation has set up regional centres to coordinate the mission. Each team on the field has been assigned a leader who has been directed to work with revenue authorities, police and disaster management team.

The design of the twin-engine country boats made of wooden and fibre is expected to be really helpful in places with a strong undercurrent and unexpected flow of water. 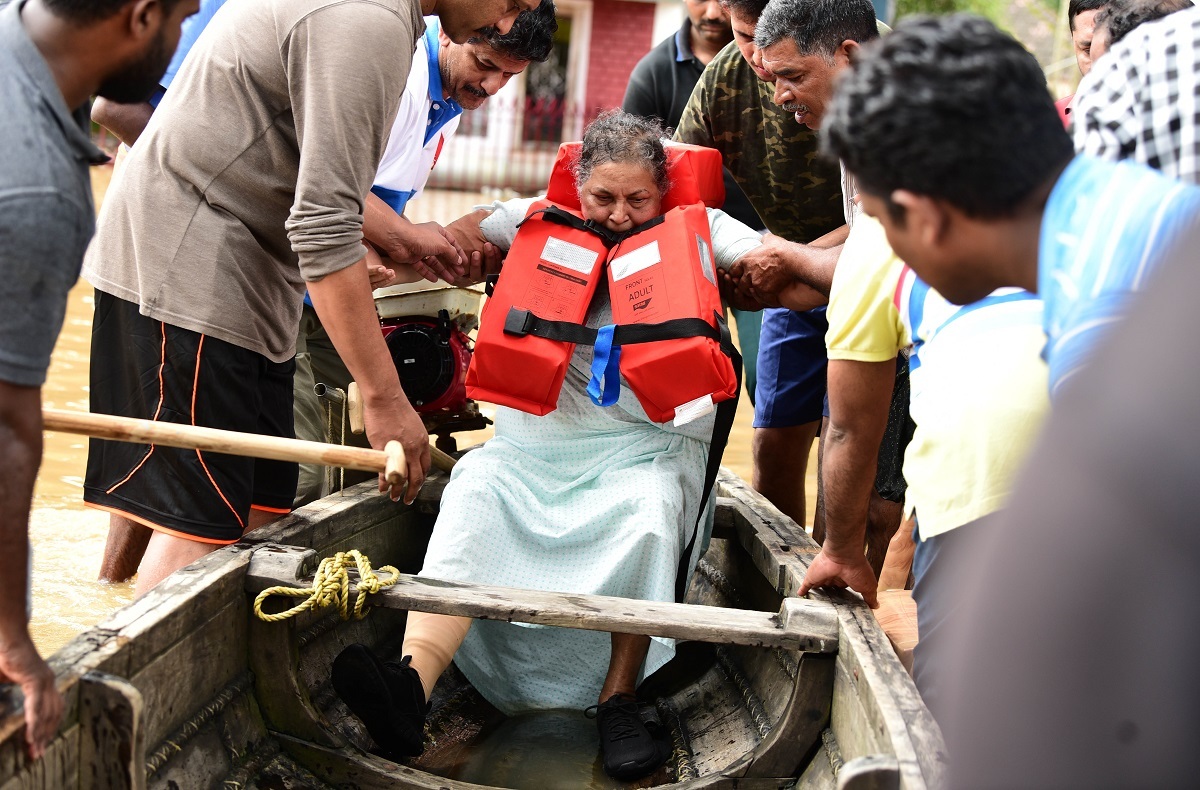 A master control room has been set up at district collectorate and amateur radio units have been deployed at three taluk offices in Mananthavady, Sultan Bathery and Vythiri. “This will act as a standby communication network if other means of connectivity fail. At present, mobile and landline networks are fine,” said district collector A R Ajayakumar.

The ham call sign of the District Emergency Operations Centre (DEOC) for flood management at collectorate is VU2PDA. The call signs for taluk offices are – Sultan Bathery (VU2JLE), Mananthavady (VU3AYR) and Vythiri (VU20J).

Army, Navy, Air Force, Coast Guard and National Disaster Response Force (NDRF) have been asked by the state government to mobilize additional manpower, boats and helicopters to scale up the rescue and relief operations. Food packets and drinking water are also being rushed.

Several teams of National Disaster Response Force (NDRF) have been working round-the-clock to evacuate hundreds of resident to safer areas and distribute relief material to the marooned people.