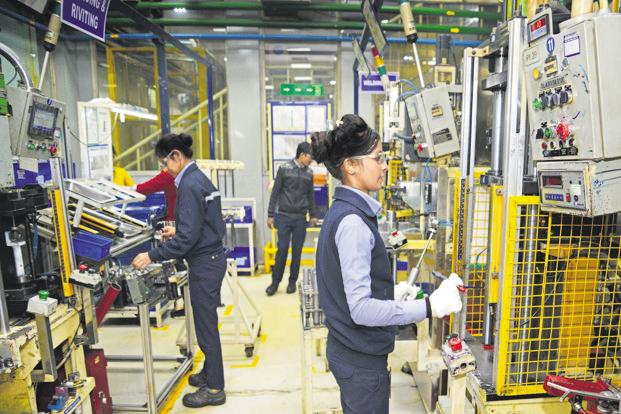 Mumbai: Fresh investments in India disappointed again in the just-ended June quarter, after showing signs of life in the March quarter, dashing hopes of a quick economic recovery.

Among broad sectors, services, and specifically “air transport services” accounted for the bulk of new project announcements—again, on account of the aircraft orders. However, new project announcements fell in power and manufacturing, the two sectors which had led the recovery in investments in the previous quarter. Power projects announced during the latest quarter were solely in wind and solar power plants.

One silver lining in the data is the decline in the stalling rate, led by public sector projects. But the private sector stalling rate still remains near a record-high. Stalling rate is calculated as a percentage of the total projects under implementation so that the values are comparable across time. As much as 11% of all projects under implementation remain stalled, while 24% of all private sector projects remain stalled. In comparison, only 3% of government projects remained stalled.

The power and manufacturing sectors remained the worst affected by stalling. The power sector accounted for 34.7% of all stalled projects while manufacturing accounted for 27.7%. The biggest reasons for stalling are problems with fuel and raw materials, land acquisition and lack of funds.

The data suggests that a sustained recovery in the capex and growth cycle is still some way off. Given the high levels of toxic assets that still exist on the balance-sheets of banks and firms, it might take several quarters before the capex cycle revives sustainably.

The interest rate cycle also has turned, further dampening the outlook on investments. Last month, the Monetary Policy Committee of the Reserve Bank of India raised the repo rate by 25 basis points, the first such increase since January 2014. The likely increase in the cost of funds could discourage some businesses from making fresh investments. Finally, political uncertainty ahead of general elections next year could also weigh down investor sentiment in the coming months.