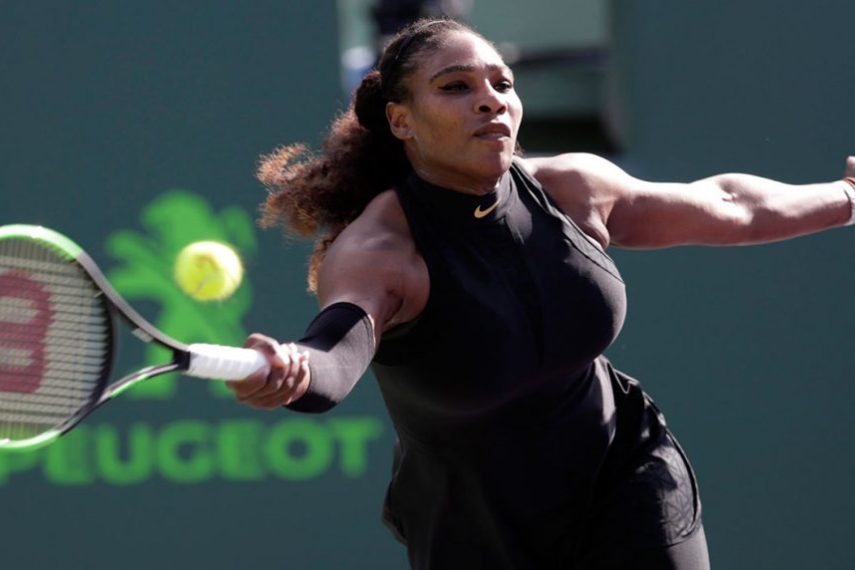 It’s a big day at the as Serena Williams makes her comeback on Day three of the clay-court Grand Slam following the birth of her daughter in September.
Williams hasn’t played in a major since winning her 23rd Grand Slam title at the 2017 Australian Open and a big question mark is hanging over her current form. A three-time champion at Roland Garros, she has not played a single competitive match on clay this season ahead of her first round meeting with Kristyna Pliskova of the Czech Republic.
Also in the women’s first round, 2016 winner Garbine Muguruza plays another former French Open champion, Russia’s Svetlana Kuznetsova, who won in 2009. And No. 1 seed Simona Halep starts her French Open campaign against 83rd-ranked Alison Riske of the United States.

Former world number one Serena Williams returns to grand slam action for the first time in over 15 months when she plays Czech Kristyna Pliskova in the first round.

Men’s defending champion Rafa Nadal will look to wrap up his first-round match against Italian Simone Bolelli after rain halted play on Monday. The Spaniard leads 6-4 6-3 0-3.

Elsewhere, No16 seed Kyle Edmund begins his French Open campaign as he bids to repeat an impressive run to the Australian Open semi-finals earlier this year.

There are high hopes for 19-year-old Denis Shapovalov but he has made hard work of his first-round match against unseeded Australian John Millman. The highly-rated Canadian found himself 5-2 down before winning five straight games to take the first set 7-5.
Elsewhere, Kevin Anderson is cruising against Paolo Lorenzi on Court 7. The No. 6 seed needed only an hour to take a two-set lead against the Italian, who has had no answer to big-serving Anderson’s 10 aces.

Court Philippe-Chatrier (play starts at 10.00am)